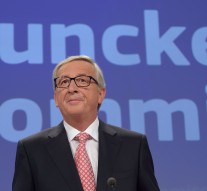 No Comments on Commission Work Programme 2015: which room for social policies? 122

At the end of 2014 the European Commission adopted the Work Programme for the upcoming year representing the new Commission’s political commitment for the realization of the priorities set by President Juncker’s political guidelines.

In discontinuity with the previous programmes, the Commission adopted 23 new initiatives and proposed to withdraw or amend 80 of the almost 450 proposals that are awaiting decision by the European Parliament and the Council. In many cases, the Commission decided to withdraw a pending proposal because they have become obsolete or because the negotiations in Council or Parliament have drastically changed the substance of the proposal and it does not match with the original purposes anymore. The Commission could also withdraw a proposal to present new and better ideas.

As regards the social field, the Commission has decided to withdraw the Maternity Leave Directive and replace it with a new proposal, if no agreement is reached within 6 months. The proposal that was blocked in the Council for more than three years intended to extend the minimum duration of maternity leave from 14 to 18 weeks. During the Italian Presidency, the dialogue between the Council and the newly elected Parliament was reopened. However, if no agreement will be reached in the time constraint provided by the Work Programme, the proposal will be withdrawn and presented in a new form, also considering that the majority of Member States have already improved during these years maternity leave arrangements at national level, also thanks to the proposal’s influence.

Among the new initiatives, the Commission intends to launch the initiative “Promoting integration and employability in the labour market” which aims to support Member States to get people, especially long-term unemployed and younger people, into work and develop a skilled workforce. In this context, the Commission is committed to propose measures to follow up the implementation of the Youth Employment Initiative, to draft a proposal for a Council recommendation on integration of the long-term unemployed, and to promote other measures to enhance skills development.

The Work Programme will be confirmed by the Commission in the coming months, after having received the views of the European Parliament and the Council.