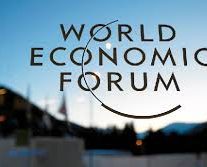 On day one of Davos, Indian Prime Minister Narendra Modi listed his three most significant challenges to civilization as we know it: climate change, terrorism and the backlash against globalization. Countries have failed to work together and to live up to their environmental pledges, said the Indian PM.

“Everyone talks about reducing carbon emissions but there are very few people or countries who back their words with their resources to help developing countries to adopt appropriate technology. Very few of them come forward to help.”Citizens and consumers are demanding that climate change and environmental issues be taken seriously. Huge investments have been made in renewable energies, driving technological progress, because there is now a strong political will for tackling these challenges.

The major energy operators are taking responsibility and working toward a desirable future, determined to be a part of the solution and not the problem.

The sovereign wealth funds of hydrocarbon-rich nations, such as Norway, the United Arab Emirates and Kuwait, whose treasuries depend on the use of these resources, should also be mentioned. At the One Planet Summit in France on 12 December 2017, these nations pledged to provide major financing for the energy transition.

Non-governmental stakeholders and businesses are also taking action: the C40 megacities network has developed an ambitious programme aimed at limiting global temperature rise to below 1.5℃. The city of Washington DC is a member of this coalition and has announced its intention to reduce greenhouse gas emissions by 80% between now and 2050. In pursuit of this goal, it is implementing a programme to improve the energy efficiency of buildings, increasing investment in renewable energies and creating more sustainable forms of transport.

Thousands of businesses, within various coalitions, have pledged to reduce their carbon footprint, meet 100% of their energy needs through renewable energies or take climate-friendly measures, such as internal carbon pricing, choosing alternative fuels, and energy efficiency.

Energy has been long recognised as essential for humanity to develop and thrive, but the adoption in 2015 of new United Nations Sustainable Development Goals (SDGs) as part of the 2030 Agenda marked a new level of political recognition of the importance of energy to development. UN member states from 193 countries, developed and developing alike, adopted the SDGs which include, for the first time, a target to ensure access to affordable, reliable, sustainable and modern energy for all.

The importance of energy access is not confined to one goal: it is crucial to the achievement of most of the SDGs, including those concerned with gender equality, poverty reduction and improvements in health. There are many important links between energy access and the other goals. Households relying on biomass for cooking dedicate around 1.4 hours each day collecting firewood, and several hours cooking with inefficient stoves, a burden largely borne by women. This time could be redirected to other activities to generate income or acquire new skills. More than 90 million primary school-aged children in sub-Saharan Africa go to a school that lacks electricity, hampering their education and their future economic prospects. And an estimated 2.8 million premature deaths per year are due to a reliance on solid biomass and coal for cooking and the use of candles, kerosene and other polluting fuels for lighting, often used in an enclosed space and without proper ventilation.

Providing universal energy access for households, however, is not enough to ensure economic and social development. Energy also needs to be available for productive uses such as agriculture and industry to help achieve the SDG goal on poverty.

Over the last several years a new way of thinking about energy and development has been developing. New business models are starting up that take advantage of improvements in technologies, including the declining cost of renewables, and improvements in energy efficiency. Combined with existing efforts, these new business models could help accelerate progress at a scale that has the potential to transform access to electricity in the coming decade. These models have both facilitated and been supported by a variety of national and international policy efforts to support renewables and energy efficiency deployment, with a focus on holistic approaches to development that integrate economic, social, and environmental considerations. So far, this shift has largely focused on access to electricity.

The wide array of system designs now available – off-grid, mini-grid, and on-grid solutions – increases the number of pathways available to attain electricity access. Off-grid technologies (such as stand-alone solar home systems), mini-grids and energy efficient appliances are complementing efforts to provide electricity access from grid expansion. Such decentralised systems can help fill the energy access gap in remote areas to provide electricity at a level of access that is currently too expensive to be met via a grid connection and in urban areas by providing back-up for an unreliable grid supply. For both situations, the dominant solution will depend on a range of factors, including relative costs (including per kilowatt), reliability, service levels, policies (such as subsidies), population density and household budgets. In addition, the use of more efficient appliances with these decentralised systems may allow consumers to access higher levels of energy services at lower cost, while needing less power for a given task.

Improvements in technologies offer new opportunities for making significant progress on the SDG goal on electricity access. The combination of declining costs for solar and decentralised solutions, cheaper and more efficient lighting and appliances, and new business models making use of digital, mobile-enabled platforms has increased the number of available solutions to cater to those currently without modern energy access.

These topics pertaining to the general energy field have been all at stake in Davos, where it seems that there was a wordlwide willingness to work together for common goals. Now, we are looking forward its implementation.