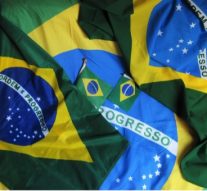 Brazil is a BRICS member and hence a significant political and economic partner of the European Union. The global upheaval has resulted in a form of multilateralism, both at political and economic level, given that economic centers are emerging around the world at a faster rate than ever before. This article contains data on economic and trade cooperation between the European Union and Brazil, as well as the EU and the MERCOSUR association.

The arrangement would encompass a population of 780 million people due to the combined population of the two regions. It is Mercosur’s greatest free trade agreement since its founding in 1991. In terms of tariff reductions, it is also the EU’s largest trade accord to date. For Mercosur, the agreement cuts 93 percent of tariffs with the EU and gives the remaining 7% “preferential treatment.” Mercosur’s agricultural products, including as beef, poultry, sugar, and ethanol, will have easier access to the European market as a result of the agreement. Brazilian juice exporters and Argentine seafood exporters will undoubtedly benefit from the agreement.

Progressive tariff reductions will benefit EU exporters, resulting in annual savings of more than €4 billion over time. Trade relations with Brazil, on the other hand, are moving at a considerably slower rate. According to figures from the European Commission, the EU is Brazil’s second-largest commercial partner, accounting for 18.3 percent of overall commerce. Brazil is the EU’s eleventh-largest commercial partner, with 1.7 percent of overall EU trade (2017). Primary products, including foodstuffs, drinks, and tobacco products, account for the majority of EU imports from Brazil (16.3 percent), followed by vegetable and mineral products (17.8%).

Brazil is the world’s largest agricultural exporter to the European Union. Machines and appliances account for 26.6 percent of EU exports to Brazil, followed by chemical products (23.6 percent) and transportation equipment (13.6 percent ). The EU is Brazil’s largest foreign investor, having investments in a variety of industries. Both exports and imports between the EU and Brazil fell in 2020 due to the COVID-19 crisis. In June 2020, imports were at a minimum of € 1.8 billion. They had recovered to € 2.9 billion by December 2021. In April 2020, exports achieved a minimum of € 1.8 billion. EU imports from Brazil climbed by 34.4 percent between January 2020 and December 2021, while imports from other non-EU nations increased by 25.4 percent. Exports from the EU to Brazil climbed by 0.2%, while exports to non-EU nations increased by 5%.

In recent years, the dynamics of trade and economic relations between the two countries have been extremely tumultuous. Some political difficulties, such as Brazil’s Supreme Electoral Court (TSE) canceling the European Union’s invitation to send observers to the October elections after President Jair Bolsonar’s government objected on May 3, can complicate things. For the sake of both sides, European Union member states must continue to engage with Brazil as one of the largest and most stable economic partners in South America. It remains to be seen whether multilateralism, which is becoming increasingly apparent in the world political arena, will also be present in the economic sector, and what impact it will have on the European Union’s economic development.