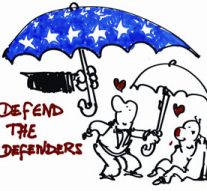 The European Commission has launched a EIDHR call for proposals to support civil society in its actions to support the protection and promotion of human rights and fundamental freedoms worldwide.

The Directorate-General for International Cooperation and Development (EuropeAid) of the European Commission has published the 2016 Global Call for the European Instrument for Democracy and Human Rights (EIDHR), which aims to support civil society in its actions to support the protection and promotion of human rights and fundamental freedoms worldwide.

The Objective and actions of the Call

The competition is divided into five lots, each with specific characteristics (a project proposal can only relate to one lot):

Lot 2: support to civil society actions fighting against torture and other cruel, inhuman or degrading treatment or punishment

Actions must have a holistic approach, including mandatorily all the following elements:

Lot 3: support to the implementation of the UN Guiding Principles on Business and Human Rights

The actions of this lot are intended to support the development of capacities, knowledge and monitoring on the implementation of the UN Guiding Principles on Business and Human Rights (UNGPs), Corporate Social Responsibility with regard to human rights and the advocacy for the drafting and implementation of National Action Plans by partner countries.

Lot 4: support to the rights of persons belonging to minorities and persons affected by caste-based discriminations

This lot is supporting actions for the promotion and implementation outside the EU of the 1992 UN Declaration on the Rights of Persons belonging to National or Ethnic, Religious and Linguistic Minorities, and relevant UN initiatives addressing caste-based discrimination

Lot 5: support to addressing impunity and to transitional justice

Actions may relate to one of the following specific objectives:

Actions must be implemented in any country outside the EU. There are no established geographic priorities; however, in the choice of projects to be funded, the European Commission will seek to ensure a certain geographical balance.

Project proposals may be submitted by the proponent alone or in partnership with one or more co-applicants. Priority will be given to proposals submitted by local organisations as lead applicants in order to promote ownership and local leadership.

For actions covering more than one country, the participation of local applicants (as lead or co-applicants) in at least half of the countries where the action will take place will be considered as an added value.

Project proposal may be submitted by legal persons, entities without legal personality or a natural person, non-profit making and belonging to one of the following categories:

Budget, duration of the project and deadline The EU contribution per project may cover from the minimum of 51% up to 95% of eligible costs of the project within the following limits:

The duration of activities is between 24 and 36 months. Applications must be written in English, French or Spanish.

Proposals must be submitted online via the PROSPECT system. To do so, partners must be registered in the PADOR system.

The deadline for the submission of concept notes is 14 October 2016.

More information and official documents relating to the call are available at the following webpage.