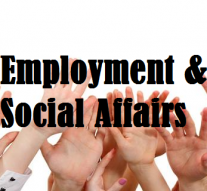 What Is at Stake with the Acceptance of Public Acts in the EU?
By NEU – Newsletter for the European Union The circulation of public acts is a problem of great complexity as it affects the effectiveness of public documents within EU Member States. The European Parliament and the Council are discussing a proposal to simplify the acceptance of public documents in the EU. The proposed bill establishes a European system dealing with cross-border acceptance of specific public acts and overcoming both legalisation process and principle of recognition of foreign public act. Read more here.

After decades of struggle by gay rights groups, and months of contested political negotiations, the Italian Parliament approved the law recognizing civil unions of same-sex couples. Under the new legislation, same-sex couples can enjoy new rights in terms of tax, social security and inheritance. However, as the possibility of second-parent adoption (the so-called “Stepchild Adoption”) were removed from the civil union bill prior to the Senate’s vote on 25 February, the situation of rainbow families in Italy remains overlooked, according to LGBT groups. Read more here. In this world, universal basic income seems like a rather distant prospect. The current political climate is just too patriarchal. The mass media demonizes the poor as feckless and too lazy and ignorant to make good choices about how to spend their income. Better that the government spend huge chunks of GDP employing bureaucrats to administer tests, to moralize on the virtues of work, and sanction the profligate. But this world is fast changing, and the more I study the basic facts of economic life in the early 21st century, the more inevitable universal basic income begins to seem. Read more here.

Europe Is Right To Kill Off The Criminal’s Favourite Banknote
By Lawrence H. Summers on Social Europe The decision of the European Central Bank last week to stop producing €500 notes permanently is a triumph of reasonable judgment over shameless fearmongering. As Peter Sands, the former chief executive of Standard Chartered bank, wrote with several Harvard academics in a paper published this year, the ECB’s action will make the world a safer, fairer place and offers lessons for the future. Read more here.