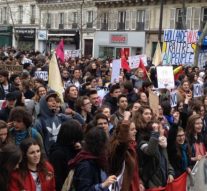 Outgoing French president François Hollande promised to establish a “social dialogue” under which actors in the labour market, such as trade unions, would be constantly consulted over government policy. The real failure of this strategy, as highlighted also by the extensive protests held over a new labour law in 2016, may be one of the causes of the big losses of votes suffered by the Socialist Party in April and May presidential elections in France. Benoît Hamon, the candidate of the French Socialist Party, came in fifth position reaching only the 6 per cent of the votes. Since 1969, the French Socialist Party has always been either the ruling party or the largest opposition party. It is the party of the former president François Mitterrand and undoubtedly this outcome marks an historical failure. On the other hand also the Republican right’s candidate François Fillon, with 19 per cent, didn’t reach enough votes to go to the second round on 7th of May.
Thus we can certainly say that the traditional political landscape in France has been shaken by two outsiders: Emmanuel Macron, an independent centrist candidate with the its new party “En Marche”, and Marine Le Pen, the candidate of the far-right Front National. The two outsider are really different from each other for many aspects: Macron is pro-EU, while Le Pen during the campaign has been calling for an exit from the EU and leaving the military command of NATO. But on the other hand both represent in some sense something new in French political landscape. And this is something that happened for the first time in the political life of France after the war.
Marine Le Pen has also called to defend French workers against the global financial system; Macron, meanwhile, advocated more economically liberal policies within the EU. Some of the main point of Macron electoral programme have been: 50 billion euro investment plan; decrease on tax pressure on entrepreneurship from 33,5 to 25 per cent; reduction of public expenses; cutting over 100.000 public employees; pension reform aimed at reducing some bottleneck. On the other hand also Le Pen has been committed to social aspect and at to boost employment: new tax on recruiting foreign workers; additional tax on companies that exercise dumping or have delocalized; abolition of previous labor market reform.
Thus it seems true that the biggest difference between the two stances of the candidate has been linked to the need for more or less cooperation with other countries and within international organization, like the EU. If Le Pen stance has been that of preserving national interest, Macron aimed at enhancing the role of the EU and its presidency would surely revitalise the “Franco-German tandem”. In any case questions about how to relaunch France’s economy and tackle unemployment have been at the forefront of many french voters’ minds. And that is a role that need to be addressed also by the EU, if it doesn’t want to leave space to populist and anti-establishment movement.
Even for this reason, in the meantime – at the end of April – the EU unveiled a draft of proposal to improve the work-life balance for Europeans in an effort to fight accusations by populist parties. The measures are part of what the EU is calling the “pillar of social rights,” announced in the wake of Britain’s Brexit. “Look what is going on in France in the election campaign, social policy is (at) the top of people’s minds and what we have to do is regain the trust of the people in the institutions,” Social Affairs Commissioner Marianne Thyssen said at a news conference, adding that “We now have the unique chance to bridge differences and go forward together”. In this context, the European Pillar of Social Rights is about delivering new and more effective rights for citizens. The 20 principles and rights enshrined in the Pillar are structured around three categories: equal opportunities and access to the labour market, fair working  conditions and social protection and inclusion. This strategy places the focus on how to deliver on the promise in the Treaties of a highly competitive social market economy, aiming at full employment and social progress in the EU.