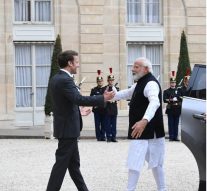 President of the European Commission, Ursula von der Leyen, and Prime Minister of India, Narendra Modi, agreed to launch the EU-India Trade and Technology Council at their meeting in New Delhi on 25th April. As highlighted by the EU Commission, this strategic coordination mechanism will allow both partners to tackle challenges at the nexus of trade, trusted technology and security, and thus deepen cooperation in these fields.

Establishing the EU-India Trade and Technology Council is a key step towards a strengthened strategic partnership for the benefit of all peoples involved and will provide the political steer and the necessary structure to operationalise political decisions, coordinate technical work, and report to the political level to ensure implementation and follow-up in areas that are important for the sustainable progress of European and Indian economies.

The decision to set up a Trade and Technology Council is the first for India with any of its partners and second for the European Union following the first one it has set up with the US. India and the EU thus are developing key economic dialogue, while on the crucial geopolitical issue of the war in Ukraine they are still divided. Although von der Leyen and Modi did not release a statement concerning Russia’s invasion of Ukraine, the conflict hung heavy over the talks. Von der Leyen said in her press conference with Modi that in spite of finding common ground as “strong supporters of the international-rules based order,” the countries were “facing a challenging political landscape” in a veiled reference to the war in Ukraine.

Indian Foreign Minister Subrahmanyam Jaisahankar said he “exchanged views on the economic and political implications of the Ukraine conflict” during his discussion with the EU chief. New Delhi has not officially condemned the Russian invasion of Ukraine. In an interview over the weekend, Finance Minister Nirmala Sitharaman told Bloomberg News that India wants to be “friends with the European Union” and the Western world, but not as a “weak friend that needs desperate help here and there.” Russia has traditionally been India’s top arms supplier. Despite a growing chorus of Western leaders calling on New Delhi to reduce ties with Russia, India has continued to hold talks with Russian officials.

Prime Minister Modi was then on a three-day visit to Europe from 2 May to 4 May, 2022, during which he held talks with leaders of Germany, Denmark and France. A meeting with the newly re-elected French President Emmanuel Macron in Paris was the last phase of Prime Minister Modi’s European tour. It was no surprise, and this is reflected in the joint statement adopted by the two sides adopted after the Modi-Macron talks, that even there were differences between the two sides over Ukraine, just as there had been in Modi’s earlier stops in Berlin and Copenhagen. Prime Minister Modi also held summit level meetings with five Nordic countries — Denmark, Sweden, Norway, Finland and Iceland — that are smaller in geography and demography but economically and technologically advanced European countries. In any case such international interactions with the militarily most powerful EU member country, France, and the richest EU member country, Germany, were aimed also ton ensure that India’s relations with European countries are not muddied by the war in Ukraine.