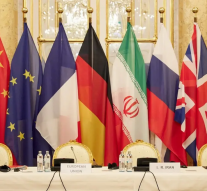 The European Union’s envoy Enrique Mora, deputy secretary-general of the European External Action Service and coordinator for nuclear talks, headed to Iran at the end of march. The trip was an effort to help Tehran and Washington in finalising stalled negotiations on restoring the 2015 nuclear deal, from which former US President Donald Trump pulled out unilaterally in 2018.

But his mission seems that hasn’t produced major results. On Monday 4th of April, Iranian Foreign Ministry Spokesman said that the United States is responsible for the halt in Vienna talks aimed at reviving the 2015 nuclear deal, formally known as the Joint Comprehensive Plan of Action (JCPOA). Iran has transmitted its “clear” message to the United States through Mora, the European Union coordinator for the Vienna talks, but no new response has been received from them yet, the Iranian spokesperson said during his press weekly conference.

“The United States is responsible for the pause in the negotiations today, (as) in the final stages (of talks), Washington tries to prevent Tehran from the economic benefits of the Joint Comprehensive Plan of Action (JCPOA)”, he said. Earlier this month Borrell had called for a pause in the talks in Vienna, that began in April 2021, due to “external factors”. The pause was initially aimed at dealing with the issue of a last-minute Russian demand that sanctions imposed over its invasion of Ukraine would not affect its dealings with Iran. The issue was resolved within days as Russia said it had received written guarantees from Washington.

Since then most actions required to revive the JCPOA have been agreed upon, but Iran and the US have yet to finalise the agreement which seemed imminent earlier this month. The EU has a crucial role in trying to preserve the nuclear deal and to keep good relations with Iran. The European guarantors of the Iran nuclear deal have been struggling to preserve the pact since Trump’s unilateral decision to withdraw in 2018. The Eu has a mediation role thus on this decisive issue for the relations between Tehran and Washington, that is trying to change a bit the stance assumed with Trump without damaging the special relations with its partner in the region.

US Secretary of State Antony Blinken, indeed, sought to reassure a wary Israel and its Gulf Arab allies that the Biden administration is committed to their security ahead of the possible renewal of global powers’ international nuclear deal with Iran. Although Iran has since raced ahead with its nuclear program, Israel and Gulf Arab countries are deeply concerned about restoring the original deal. Israel fears it does not include enough safeguards to prevent Iran from developing nuclear weapons.

Both Israel and its Gulf allies also believe that relief from economic sanctions will allow Iran to step up its military activities across the region, including support for hostile militant groups. Blinken said the U.S. believes that restoring the nuclear deal “is the best way to put Iran’s program back in the box it was in.”

“Our commitment to the core principle of Iran never acquiring a nuclear weapon is unwavering”, he added. On the other hand the EU has a more clear stance on the need to fully restore nuclear deal in order to relaunch relations with Iran.