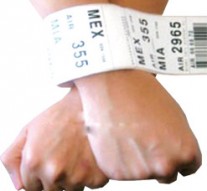 Europe does not seem to be in good shape when it comes to fight against migrants smugglers and to provide supports to its victims, Europol and the European Parliament have recently pointed out.

Last Thursday, the European Parliament pointed out that the EU legislation to protect victims of trafficking has not being properly enforced, while a report on Migrant Smuggling Networks issued today by Europol underlines that European law enforcement agencies require a much better picture of the activities of migrant smuggling networks operating across Europe.

“It describes the huge role played by organized crime networks in the migration crisis and sends a clear message to the EU and its Member States that we must combat these networks in the strongest possible terms,” said Rob Wainwright, Director of Europol.

“Progress has been made in the fight against international trafficking gangs, but all too often victims are not being given the help they are entitled to under EU law,” said Catherine Bearder, British rapporteur from ALDE.

For this reason, the European Parliament discussed this issue during its last Plenary Session on Thursday and voted a resolution highlighting that the Commission has failed to keep to the timetable of assessment reporting required by the directive on preventing and combating trafficking in human beings and protecting its victims. MEP also called on EU member states to do more to protect victims of human trafficking. This is especially true for women, who are in need of assistance, support and gender-specific prevention.

Resulted from working group discussions, which took place  in The Hague in February 2016, the report was jointly issued by Europol and INTERPOL and aims to provide comprehensive insight into the activities, organisational structures, operating capabilities, geographical hotspots of migrant smugglers and their estimated huge profits.

Organised in loosely connected networks, Migrants smuggling  is a multinational industry, involving more than 100 countries. Business takes place along key migratory routes, which are fluid and influenced by external factors like border controls.

Migrant smuggling is one of the main profit-generating activities for organised criminals in Europe with an  annual turnover of around USD 5.5 billion in 2015. Indeed, 90% of migrants travelling to the EU received help by members of some criminal organisations.

These networks are wide and involve various positions such as leaders, who loosely coordinate activities along a given route, organisers, who manage activities locally through personal contacts, and opportunistic low level facilitators. Most of those involved in this kind of affairs tend to have previous connections with other types of crime.

According to Europol, there is an increased risk that foreign terrorist fighters may use migratory flows to (re)enter the EU, although a systematic link between migrant smuggling and terrorism has not been  proven so far.

More Needs to Be Done to Fight Trafficking in Human Beings

As they need to repay their debt to smugglers, migrants who travel to the EU are vulnerable to labour or sexual exploitation.

Women and girls together include up to 95% of victims trafficked for sexual exploitation, whereas the majority of registered victims of labour exploitation are male (71 %).

Among these cases of  trafficking in human beings (THB), there are also children, who make up about 16% of registered victims.

“EU-wide measures to tackle this vile trade must be fully implemented by national governments, including the proper collection of statistics and identification of victims to give us a clearer view of the real picture,”  said Catherine Bearder.

To discourage the demand that drives trafficking for sexual exploitation, MEPs stressed on Thursday that the burden of proof in criminal cases should not rest with those with those who sell sexual services of trafficked persons, rather than with those who buy them. As for

Member states should also grant victims residence permits and access to the labour market in the member state to which they were trafficked,  as so to ensure that support and assistance are provided, says the Parliament’s Recommendation.

Furthremore, MEPs asked Member States to provide adequate training  to the police, the judiciary, medical staff and social workers, so that they can identify vulnerable victims early and offer them the support they need, including accommodation, medical treatment, translation, legal counselling and a recovery period of at least 30 days.