Home / Employment and Social Affairs / The European Citizens’ Initiative: time to enhance it ? 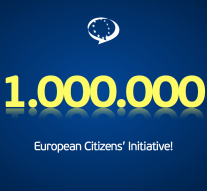 No Comments on The European Citizens’ Initiative: time to enhance it ? 104

Created by the Treaty of Lisbon (article 11.4 TEU), ECI aims at further strengthening the democratic legitimacy of the Union “bridging the gap between citizens and the EU”. The ECI instrument allows 1 million citizens to exhort the European Commission to propose a legal action in order to implement the EU legislation. Unfortunately the European Citizens’ Initiative in its current form does not work effectively.

ECI process involves a number of steps. Before an ECI proposal can be registered and start collecting signatures, it must first pass four checks. At first it has to be named a citizens’ committee, then the proposal should pass a quality and control test aimed at assessing the respect of EU values and rejecting initiative when founded “abusive, frivolous or vexatious”. The fourth step, known as the “legal admissibility check”, gives the Commission the power to discard ECI’s if “fall manifestly outside the framework of its powers to submit a proposal for a legal act to implement the treaties”.

As provided by the EU Commission, review this process is not undemanding. Since April 2012, the Commission has received 51 requests for registration of proposed citizens’ initiatives. 31 of them were registered (16 registrations in 2012, 9 in 2013, 5 in 2014 and 1 in 2015). Up to now 18 initiatives have reached the end of their collection period. Among those 18, only 3 initiatives have reached the required number of statements of support and were submitted to the Commission. Two of them, ”Right2Water” and “One of us”, have received a formal response from the EU Commission. The third one, “Stop vivisection”, is under examination by the Commission and will receive an answer by 3 June 2015. Receiving 3 proposal in 3 years appears to be an inadequate outcome.

In 2014 the European Ombudsman, Emily O’Reilly, carried out an own-initiative inquiry in order to receive feedback on how effectively the ECI procedure was working. Throughout 2015, this instrument will be up for official review. Proposals to solve the lacking ECI’s result have been raised during the ECI Day 2015 event in Brussels, held at the European Economic and Social Committee on 13 April 2015.

On this occasion, an open letter with ideas aimed at strengthening ECI’s effectiveness has been presented to European Commission First Vice President Frans Timmermans. Signed by 21 ECI campaigns, it calls on the Commission to propose a deep amendment to the ECI’s Regulation 211/2011. Thus some of the concerns and proposals, coming from associations committed in enhancing the ECI, could be useful to pinpoint the major shortcomings that slow down the effectiveness of this key democratic tool.

One of the remarkable change that could serve to enhance ECI’s results, is that the “legal admissibility check” at registration could be replaced instead with an “opinion on legal competence” that does not prevent an ECI from being registered, bearing in mind that 90% of all registered ECI’s never reach enough supporters to obtain any response from the Commission. Replacing the “legal admissibility check” at registration with an “opinion on legal competence” could led at least to preserve and spread public discussions on important issues.

Another flaw raised regards the fact that many potential supporters have refused to sign an ECI when asked to share ID numbers. Furthermore public awareness of the ECI is quite low. ECI needs to be promoted as an official EU instrument to raise public awareness and overcome citizen distrust of sharing required personal data. Increase in public and media awareness seems crucial in order to help the campaigns in successfully meeting the 1 million threshold for signature. Being a democratic tool, the ECI could benefit from a public infrastructure for practical and financial support. Those are just some of the bottlenecks recently highlighted during the ECI Day 2015 in Brussels.

Following the European Economic and Social Committee debate, the European Parliament and Council will also discuss potential ECI reform later this year. Some simple change to the ECI Regulation 211/2011 could strengthen the ECI as a tool for public dialogue and citizen engagement. It will also help to reverse the threat of a negative trend affecting the use of this democratic instrument.

For this reasons EU citizens’ awareness of ECI’s viability should be enhanced, making some reform of ECI Regulation 211/2011 a widely sharable step.