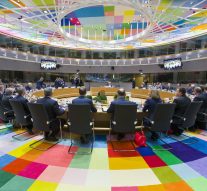 No Comments on European Council: Brussels and London Closer due to Common Challenges 101

The European Council on 23 March has been mainly devoted to trade, Brexit and EU relations with two big countries at the eastern border: Russia and Turkey. Trade–related issues are a main reason of concern for EU countries. This was stressed by the fact that during the first day of discussions in Brussels, the European leaders received the news that Washington plans to impose tariffs on up to 60 billion dollars of Chinese imports and to limit the country’s investments in the US. On the one hand, this move represents a success for the EU, because it is not included in this new tariffs plan decided by the US president Donald Trump. On the other hand, the EU leaders called on Washington to make “permanent” the exemption from metal import duties, adding that they reserved the right to respond “in a proportionate manner” to protect their interests. The 40–day exemption granted by Washington was like US President Donald Trump “putting a gun to our head”, according to Belgium’s prime Charles Michel. However, the European Council reaffirmed its commitment to an open and rules–based multilateral trading system with the WTO at its core. According to the EU, free and fair trade “is one of the most powerful engines for growth, supporting millions of jobs and contributing to prosperity”. The European Council encouraged also progress on all ongoing negotiations for ambitious and balanced free trade agreements, in particular with Mexico and Mercosur.

Another key issue was related to Brexit. In this field, the EU agreed on guidelines that will govern negotiations on future relations and trade with the United Kingdom after Brexit, almost exactly a year before the country leaves the Union. The document lays out the EU’s approach on issues including future security, defence and foreign policy ties, as well as the outlines of a future trade deal. Britain may negotiate trade agreements with other countries after it officially leaves the bloc on March 29th, 2019, but no pact can enter into force without Brussels permission before the end of December 2020 (after the post-Brexit transition period). During that phase, the country will remain part of the tariff-free single market and customs union even though it will be out of all EU decision–making bodies.“We want to use the positive momentum in the negotiations to finally settle outstanding issues such as the solution to avoid a hard border between Ireland and Northern Ireland”, European Council President Donald Tusk asserted, adding that the leaders will assess in June if the Irish question has been resolved.

Inevitably, the European Council also dealt with the relations with Russia. The EU strongly condemned the recent attack with a chemical agent in Salisbury. In the conclusions, the European Council expressed solidarity without reservations to the United Kingdom, in the face of this serious challenge to our shared security. “The use of chemical weapons, including the use of toxic chemicals as weapons under any circumstances is completely unacceptable, must be condemned in a systematic and rigorous manner and constitutes a threat to security for all.” Brussels also wonder on the possibility to take countermeasures in the light of the responses provided by the Moscow authorities. And the strongest stance, during the European Council, Brussels decided to recall its ambassador to Moscow after the leaders agreed it was “highly likely” that Russia was responsible for the chemical attack in the UK.

In its conclusions, the European Council also “looks forward at the EU–Western Balkans Summit, to be held in Sofia on 17 May 2018, which is expected to focus on reaffirming the European perspective of the region, launching concrete and visible initiatives to improve the physical and human connectivity”.

Another important point highlighted by the Council referred to the situation in the Eastern Mediterranean Sea. “The European Council urgently calls on Turkey to cease these actions and respect the sovereign rights of Cyprus to explore and exploit its natural resources in accordance with EU and International Law. In this context, it recalls Turkey’s obligation to respect International Law and good neighbourly relations, and normalise relations with all EU Member States including the Republic of Cyprus”. This stance was due to the recent tensions in Cyprus offshore, with the energetic research operation to be carried out by the Italian company Eni obstructed from Turkey’s navy. If on the one hand there was a strong declaration against Ankara, on the other hand, the Bulgarian Prime Minister Boyko Borissov hinted that Varna will host next week a“leaders’ meeting” with the Turkish President Recep Tayyip Erdoğan and Bulgaria could become a permanent “channel of communication” between Brussels and Ankara. The previous night, the EU leaders green–lighted the holding of the Varna summit, which had been uncertain since the February EU summit, following reservations from Cyprus. “We need to find a way to talk to each other openly and cooperate in areas of common interest” Tusk told reporters.

And together with those key urgent issues, the EU leaders also dealt with other important themes in the agenda: the European Council called for increased efforts to deliver on the Single Market strategy, the Digital Single Market strategy, the Capital Markets Union Action Plan and the Energy Union. In this sense it was stressed that the EU needs to keep working towards a future–proof and fair Single Market that is fit for the digital age and an enabler for competitiveness, innovation and sustainability.  Delivering on the European Pillar of Social Rights is a shared political commitment and responsibility of the EU and its Member States. According to the Eu leaders, its implementation will be monitored with due regard to the respective competences of the Union and Member States. The European Council invited the Council to examine the initiatives presented by the Commission under the Social Fairness package, including the proposal on a European Labour Authority. Social networks and digital platforms need to guarantee transparent practices and full protection of citizens’ privacy and personal data. According to the EU leaders, also in this crucial field, the European and national legislations must be respected and enforced.