Home / Economy / European economic semester as a dividing or uniting point for the EU? 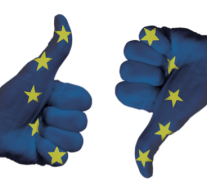 No Comments on European economic semester as a dividing or uniting point for the EU? 13

During the Conference on Future of the Europe the Presidents of the EU institutions on May this year received a report about the future of Europe. The report includes around 320 initiatives, including 49 ideas with specific recommendations. Following up now falls under the purview of the European Council, European Commission, and European Parliament, each in accordance with their respective areas of expertise.

The European Commission has unveiled a Communication outlining the next steps and providing an assessment of what is required to follow up on the proposals. It also outlines how to best apply the lessons learned from the Conference and incorporate participatory democracy into the EU’s policy and legislative processes. Early in June, the European Parliament passed a Resolution outlining changes to the Treaties that would be made in accordance with the regular revision process. Members of the European Parliament included modifications that would eliminate most veto rights held by Member States and advance European integration in social, economic, and defense matters in their initial batch of recommendations.

According to the EU Commission, although the Russian invasion of Ukraine has increased unpredictability, the economic prognosis nevertheless predicts steady economic growth in 2022 and 2023, demonstrating the EU economy’s resilience. This illustrates the favorable starting situation before to the start of the conflict and the essential support that the RRF’s full deployment offered.

Due to downside risks to the economic outlook in the context of Russia’s aggression, unprecedented energy price increases, and ongoing supply chain disruptions, the new growth forecast is far less promising than it was anticipated to be before Russia invaded Ukraine. At the same time, all projections are highly questionable due to the new shocks’ extraordinary size and character.

The EU Commission believes that the poorest households have been severely hurt by the recent increases in energy and food prices. The invasion of Ukraine has made the increases in the prices of commodities, fossil fuels, and electricity that were already apparent in the second half of 2021, worse. The most vulnerable households are particularly affected since they must spend a larger percentage of their discretionary income on necessities like food and energy.

The EU and its Member States can use the “toolbox” provided in the Commission Communication on Energy Prices to address the immediate effects of energy price hikes and build resilience to shocks in the future. Emergency income support for people, state help for businesses, and tax reductions are examples of short-term national policies. In the REPowerEU Communication, new advice on price-setting interventions was added to the “toolbox.”

To achieve a fair green transition for all individuals and territories, the implementation of the RRPs, the REPowerEU plan, cohesion programs, as well as ancillary policies that take into consideration distributional and social implications, is currently even more essential. To be most effective, supporting policies should be short-term and focused on the most vulnerable populations, while retaining incentives to minimize the use of fossil fuels and minimizing their financial impact.