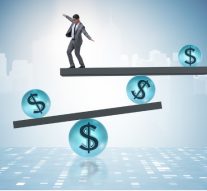 No Comments on Is the European economy endangered? 18

This article presents if and how the EU financial stability is endangered nowadays with the Russian invasion in Ukraine and other phenomena that are occurring worldwide. Financial stability is the ability of the financial system, including financial intermediaries, markets, and market infrastructures, to withstand shocks and reduce financial imbalances. This decreases the risk of major financial intermediation disruptions that have a negative impact on real economic activity. So, is the EU economic rise endangered?

Following a drop in 2020, the EU’s GDP increased by 5.3 percent last year, with the Commission forecasting 4% growth this year, followed by a decline to 2.8 percent in 2023. The European economy continues to encounter challenges, notably in the form of new pandemics and supply chain bottlenecks, particularly in microchips and metals. There are also unusually high energy prices, which are projected to remain longer than EC experts predicted in their autumn estimates. Inflation rose to 4.6 percent in the fourth quarter of 2021 and is likely to rise to 4.8 percent in the first quarter of this year due to high energy prices. And it will remain above three percent until the third quarter of this year, before returning to the European Central Bank’s two percent objective in 2023. Malta (6%), Spain (5.6%), Ireland (5.5%), and Poland (5.5%) are expected to have the greatest growth rates in the EU next year (five percent).

As a result of the war in Ukraine, the European Bank for Reconstruction and Development (EBRD) forecasts a higher economic slowdown and inflationary pressures in all of the territories it covers. According to a new EBRD analysis, Ukraine’s economy will contract significantly more than previously forecasted during the conflict. Production in its regions is forecast to expand by 1.1 percent this year, according to the latest EBRD report on regional economic prospects, which was released Monday. However, as compared to the predictions released at the end of March, this is a 0.6 percentage point downward revision.

If gas supplies are further disrupted, for example, per capita production in the EBRD regions might be 2.3 percent lower in 2022 and two percent lower in 2023 than in the baseline scenario. Many economies rely largely on gas in their energy mix, while others, such as those in the Caucasus and the southern and eastern Mediterranean, rely substantially on wheat imports and have traditionally sourced wheat from both Russia and Ukraine. Unlike the Baltic and Caucasus regions, which are seeing severe declines, the current estimates for the Western Balkans suggest primarily stasis, rather than a reduction in growth.

How the EU economy is going to recover and will it slow its pace will depend on the occurrences in Ukraine and will surely impede into uncertainties that will follow afterwards. European Union must find the right way to combat the challenges that arise from both traditional as well as form unconventional issues across the globe.