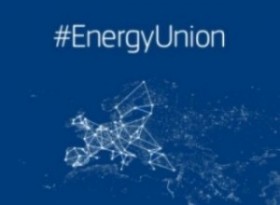 No Comments on The European Energy Union comes true, maybe… 62

Last February 25th, European Commissioner Maroš Šefcovic has presented the Communication 80/2015 for the European energy strategy. The proposed package joins the EU 2030 climate and energy package and the European Energy Security Strategy, in order to both reduce the emissions of CO2 (-60% by 2050) and the dependence on Russian gas.

Indeed, energy is one of the priorities of Juncker Commission; it has estimated an investment of more than 2000 billion euros in the next ten years, financed by both private and public funds.
In Europe, energy costs at least 30% more than in the U.S. and is mostly imported from abroad (just to make an example, the 27% of European consumed gas comes from Russia), amounting to 400 billion overall expenditures. The Old Continent is the world most dependent continent on foreign energy, thus accepting a political and economic fragility condition vis-à-vis Russia and other suppliers.

Concerning gas, the Communication invites Member States to involve the Commission before signing commercial contracts with international suppliers in order to assure a tight EU control over energy agreements. The idea is to move forward to energy contracts so to avoid the risk of influences of supplier countries.
The Security strategy passes through suppliers diversification (mostly through the Trans Adriatic Pipeline) and a greater use of liquefied natural gas (LNG) and more liquid hubs for gas transactions. Moreover, the EU will encourage aggregated gas demand to strengthen Member States contractual force in the international economic arena.

As for electricity, the Commission wishes the internal market to become effectively integrated, also through the establishment of a capacity payment mechanism. The objective is to have a 10% interconnected generating capacity by 2020, raising to 15% by 2030, for an overall investment of about 40 billion euros. Regarding cross-border issues, the Agency for the Cooperation of Energy Regulators (ACER) will increase his power, being responsible for all interconnections between Member States.

The Communication is ambitious in its objectives but vague on the procedures: we hope it will be transformed in a legally binding directive. The past teaches us that critical situations induce the EU to act effectively and together; maybe the Ukrainian crisis can be the factor boosting the development of a real European energy policy.