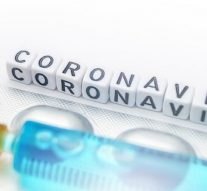 No Comments on The European Union’s Covid-19 response: vaccinations started 41

Before facing the logistical and distribution challenge, that will go on for all of 2021, Western countries have already won a fundamental scientific competition: the one for the creation of safe and effective vaccines.

At the end December anti-COVID-19 vaccinations began in the European Union countries.

The Western World seems to have found in the development of vaccines the ground for its possible redemption on the global scene.

The explanation comes from the fact that the first vaccines authorized in the United States, Canada, Great Britain and the European Union – Pfizer-BioNTech and Moderna – were produced in just ten months, with an unprecedented result in history of medicine due to an invention of biotechnology.

It is a product that leaves behind the vaccines of the past and is the result of the boom of new therapeutic modalities, from monoclonal antibodies to nucleic acids such as mRNA.

The best expectations have been reached, and now we have two vaccines available, both made thanks to the contribution and financial support of various governments. By the way, this means that a good investment pays off.

The COVID-19 experience “shows how fast vaccine development can proceed when there is a true global emergency and sufficient resources. It has shown that the development process can be accelerated substantially without compromising on safety”, told Nature Dan Baruch, director of the Center for Virology and Vaccine Research at Harvard Medical School in Boston.

We are winning the challenge of the vaccine thanks to biotechnologies, which Russia and China lack. Although the two countries already have their vaccines, their reliability is much lower than that of the ones developed in Western countries.

That is due to the fact that biotechnology research flourishes in the competition of the free market and requires a research model typical of advanced democracies.

The strategic value of this competition will have long-term repercussions.