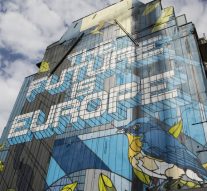 No Comments on Europeans will remember this grief 44

“Dear Europeans, now that you are astonished by the pandemic and feel a common sense of grief, we have decided to let you know the truth: the EU was always only about the single market. Keep posting your workers but please be mindful and stop begging for solidarity.”

This is the message sent by the Council on Thursday (26 March) to the people living in the countries hit the worst by Covid-19.

And once the lockdown will be over and also the people who haven’t suffered yet out of the economic backlash of the pandemic will do so, this is what they will remember bout the reaction of the EU.

The pandemic that has hit (also) Europe is triggering its biggest cry for solidarity. Still, EU leaders at the las Council meeting continued to disagree over the economic response to the coronavirus as Northern countries rejected the idea of issuing joint debt, known as “coronabonds”, proposed by nine member states to finance the recovery. But is it a North/South divide? It’s the majority of Eurozone states representing 60% of its population, from every region of Europe and including countries with a previously very conservative position, against 5 holdouts. It is all about deeply rooted visions for the future of the EU that are finally put vis à vis.

During a virtual summit held by video conference, the 27 heads of states and government eventually passed the hot potato to the Eurogroup of finance ministers, who will try to propose solutions to the economic fallout from the coronavirus within the next week.

It would be unfair to say the EU is doing nothing. The outbreak has already spurred some of the most important mobilisations for support to the countries most in need, and it did so cleverly: for instance by stating that the resources are meant to reach bank clients, not the banks themselves. And this will help.

But eventually, we will all remember about the conorabonds only, whatever happens with them in the Euroogroup. Because it is the discussion over the soul of Europe: is it the Union for the people or is it the Union for markets to get cheap workers and good?

Italians, Spaniards and many other people are already hardly criticising the conclusions of the Council. Salvini seems to be out of media, but it’s him who’ll be the most popular politician if the eurobonds are not approved. Rage may stay quite during the emergency, but people will remember this moment when heading to the ballots. Hence a question that cannot find rest: how the political class in the “frugal club” believe that short to medium-term gains on the financial markets are worth losing the support for the EU project in some of its biggest economies? How to believe that looking away from the sorrow of millions unnoticed when the grief is felt by every European?

Just like for the refugee crisis, it is an existential crisis for the EU. This time, the grief is in the apartments of every European. This is the reason why every European action will be closely looked at and noticed. And judged.