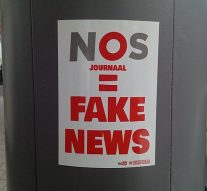 No Comments on Fighting misinformation on EU economy: mission impossible? 28

It was designed to achieve the goals outlined in the Commission’s Communication, which was presented in April 2018. Fact-checkers and academic researchers with experience in the areas of social media platforms, journalist driven media, and media literacy practitioners are brought together by the independent observatory known as EDMO.

However, none of these actions directly contributed to the dissemination of false information about how the EU’s economic system functions at the national and supranational levels. The economic repercussions of the conflict in Ukraine and cyberattacks could hurt bankers’ profitability, according to the European Banking Authority, which stated that bank exposures to Russia in the union are too low to pose a threat to financial stability.

In the fourth quarter of 2021, EU banks, primarily Austrian, French, and Italian lenders, have exposures to Russia and Ukraine of 76 billion euros ($84 billion) and 11 billion euros, respectively. According to the EBA, only banks in Austria and Hungary disclosed more than 2% of their overall exposure to loans and advances made to Russia and Ukraine. According to the EBA’s preliminary assessment, direct exposures to Russia, Belarus, and Ukraine are minimal, but second-round effects could have a greater impact on financial stability.

According to EBA, second-round implications of the conflict include immediate financial repercussions including the budgetary impact, the impact of sanctions, increased risks from cyberattacks, and the longer-term effects on supply chains in the global economy. According to the EBA, higher inflation and slower growth could limit lending and counteract the advantages of rising interest rates for banks. Is it impossible to defend the European banking system and economy? In fact, it is.

Although many EU Member States fall within Russia’s sphere of influence, the propaganda that it produces as well as the deliberate spreading of false information about the EU and its Member States’ economies, trade, finances, and assets might undermine the system’s stability. To stop the issue from getting worse, the EU should aim to further boost trust in both its public and private institutions.