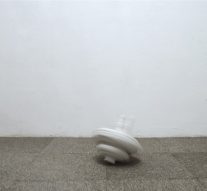 No Comments on First does not mean Alone. International equilibria after the Davos World Economic Forum 32

In the aftermath of the recently concluded World Economic Forum in Davos (Switzerland), analysts and political scientists might have underlined a number of relevant developments.

The meeting which draws more than 2,500 business, political and academic leaders from around the globe, took the stage on the 23rd of January until the 26th.

The globalist gathering in the little ski town two hours outside Zurich showed brand new features for anyone interested in international politics. Canada, China, France, Germany, India, Japan and USA were of course the top player in the field and the outcome of the summit confirmed everyone’s high expectations.

Japan is bossing its indicators

Against nonbelievers, Mr Haruhiko Kuroda, Governor of the Bank of japan, stated that the central bank will press ahead with its expansionary policies. This will be an extraordinarily tough job in order to finally eradicate Japanese households’ “deflationary mind-set” and bring inflation back to its 2% annual goal. Japanese economy has now expanded for 16 quarters straight, the second-longest sustained expansion in history.

Mr. Kuroda said people expect prices and wages to not rise. “It’s not so easy to eradicate this kind of mind-set from Japanese households and companies. But there are some indications that wages are actually rising, and some prices have already started to rise,” he said.

In addition, Mr Kuroda said he expects the Japanese economy to continue its moderate expansion through 2018, fueled by household and business spending. Inflation will of course have an impact on prices, and wages are supposed to increase as well – at least in nominal terms. Inevitably, the idea is to continue pushing the economy, reducing private savings and increasing consumption.

In the near future we might assist to some signs concerning expectations of future inflation in Japan. These are beginning to rise and, as already mentioned, the wage growth is actually picking up.

Many issues on the floor. From Brexit to the Arab-Israeli conflict

In the context of the ongoing Brexit-negotiations, President Donald Trump mentioned the strength of the U.S.’s relationship with the U.K. after meeting with Prime Minister Theresa May. This diplomatic confirmation comes despite a spell of strained relations between the two long-lasting allies. Even though President Trump gave his harsh opinion about the English conduction of Brexit negotiations, Mr Trump sees in the UK a strong and loyal ally. US and UK will discuss in more specific terms a trade and investment deal in the future weeks.

On the very same Thursday, Mr Trump said the Palestinians must return to peace talks with Israel to continue receiving U.S. aid. Mr Trump made this comment to reporters as he met with Israeli Prime Minister Benjamin Netanyahu alongside the Summit organization. This strong statement will impact the weak relations between the US and Palestine, after Trump’s push for moving the US embassy to Israel  to Jerusalem.

Canadian Prime Minister Justin Trudeau again took the stage in order to defend his country’s decision to sign up to a Trans-Pacific Partnership deal. Mr Trudeau supported backed his position citing the agreement as an example that trade pacts can achieve “progressive” goals. Against a wave of preoccupation and “autarchic” hopes, Mr. Trudeau said global leaders need to relay to their constituents that the trade deals “can be progressive and can benefit ordinary people, and not just big companies, multinationals or the wealthiest.

The checks and balances of the international economy: China

Last year, Chinese President Xi Jinping provoked quite a huge demand for clarification during his opening address, when he cast China as the world’s best hope for stability during a Trump presidency. As a global leader he attacked not globalization per-se, but the “management” of such a social, economic and political phenomenon. In this sense, he made a forceful case for globalization, which was seen as a sharp rebuke to Trump’s trade policies.

WTO as the last bastion in defence of real multilateralism

Roberto Azevedo, director general of the World Trade Organization, has warned against the temptation of unilateral action over trade, saying it may lead to a domino effect that spurs a trade war. In the light of recent developments – the U.S. slapped tariffs on imports of cheap solar panels from China and South Korean washing machines -, Mr Azevedo said that since 2008, such restrictive measures had affected less than 5% of trade. Whether it might not be a frightening mark, Mr Azevedo confirmed that “The risks of protectionism and increased isolationism are there. The mere fact that they are part of political rhetoric means there are pressures to go in that direction”.

It is in facts crystal clear that the existence of multilateral rules provided assistance to governments to resist these pressures by showing that they have consistent commitments and that if they begin to violate those commitments others will do the same, easily escalating in a gloomy lose-lose situation. A domino effect that could result in a trade war.

Last but not least: “America first”. A brief analysis of Trump’s speech

President Donald Trump deployed so far two specific rhetorical modes: confrontational and conciliatory –  usually, clearly, depending on the particular audience. When it came to trade, Mr Trump was of course at his most “confrontational” when addressing rallies at home. But in Davos, Mr Trump taylored his message to the globalist elites attending the Forum.

There was no mention of smashing trade agreements or just leaving the WTO. Instead, sweet words came out of his mouth. “We are working to reform the international trading system so that it promotes broadly shared prosperity and rewards to those who play by the rules.”

It definitely does not look like the America First rethorics we learned to cope with. Moreover, the US didn’t want to pick fights but to “enforce our trade laws and restore integrity to our trading system. Only by insisting on fair and reciprocal trade can we create a system that works not just for the US but for all nations.” Amazing. Applause. Not happy with that, Mr Trump even held out the possibility of rejoining the Trans Pacific Partnership, the draft agreement he renounced after few days of taking office.

So, is Mr Trump serious? Can we actually believe in what he said? Well, these words clearly play as a sweet balm to the financiers, managers, multinationals and foreign officials attending the 2018 edition of the Forum.

Let us go deeper. The reality is that, despite the “globalist” attitude of this last speech,  the substance of Mr Trump’s policies haven’t changed a bit. Indeed, it was ironic that he would deliver such conciliatory words just days after the US had taken one of its most protectionist actions in years: the unilateral imposition of “safeguard” tariffs on imports of washing machines and solar panels. As a further confirmation of the real protectionism underlying Trump’s policies, there recently was even a barrage of accusations of competitive devaluation when Treasury Secretary Steven Mnuchin said a lower dollar was good for trade. Anyway, by Friday Mr Mnuchin had made it clear he was not talking down the dollar and that particular storm had passed.

Still, even if there might be something hidden behind Mr Trump words, that doesn’t make them meaningless. Mr Trump’s decision to come to Davos and show his softer side demonstrates that he cares what the rest of the world thinks. Good to know.