Home / Migration / Foreigners’ rights at risk in the UK and US 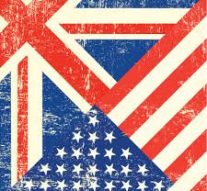 Few days ago, the White House made public his executive order, titled Protection Of The Nation From Foreign Terrorist Entry Into The United States. The action puts in place a 90-day block on entry to the US from citizens from “mainly Muslim countries”, including Iran, Iraq, Syria, Yemen, Sudan, Libya and Somalia. “Surprisingly”, the ban does not apply to citizen from the Muslin country Saudi Arabia.

During the ceremony, he said: “I’m establishing new vetting measures to keep radical Islamic terrorists out of the United States of America. We only want to admit those into our country who will support our country and love deeply our people.”

The number of refugees currently arriving to the US is not high by historic standards. In the early 1990s, more than 100,000 refugees were admitted to the country annually. But by 2015, the latest year covered by Department for Homeland Security (DHS) statistics, that figure had fallen to just 69,920 refugees. The number of refugees admitted to the US increased significantly in 2016, to 96,875, according to the Refugee Processing Center. That figure represents just 0.03% of the US population of 323 million people.

The order create chaos, especially at airports, where persons, including green card holders, ended up being detained while officers were trying to interpret the order. Consequently, Mr. Priebus, White House Chief of staff, said that green card holders would not be subject to the order “going forward.” However, he repeatedly suggested that anyone, including American citizens, would be subjected to additional scrutiny if they traveled from any of the seven predominantly Muslim countries identified in the order.

In the meantime, in the UK (still member of the EU) no decision has been taken on banning nationalities and minorities to enter in the country. However, May has reiterated her commitment to reducing net migration to below 100,000 a year, a target David Cameron’s government repeatedly missed. Net migration to the U.K. in the year ending June 2016 was 335,000, of which 189,000 were EU citizens.

Assessing the UK’s future immigration system, the Migration Observatory at the University of Oxford said that the government would have to make difficult decisions on which parts of the economy to focus on if EU free movement came to an end. The Home Office has not revealed what the new immigration system will look like, but ministers have made clear they will prioritise highly-skilled workers, who could be managed under a work permit system.

As a result, restrictions will fall most heavily on low and middle-skilled sectors that, as the Migration Observatory points out, currently employ the majority of EU workers in the UK

According to the report, one of the major decisions ministers will have to make is whether they should promote the continued existence of labour-intensive horticulture in the UK — which demands large numbers of temporary workers during the summer picking season — or to abandon this sector and import more produce from abroad.

Financial firms are discussing whether they will need to move European headquarters or their staff to the continent. Speaking at the World Economic Forum in Davos earlier this month, the boss of UBS’s investment bank, Andrea Orcel, said that his company would definitely have to move some jobs out of the UK as a result of Brexit, echoing similar remarks made by HSBC’s chief executive Stuart Gulliver.