Home / Editorial / Four months of armed conflict: What scenarios for the Russia-Ukraine war in the EU? 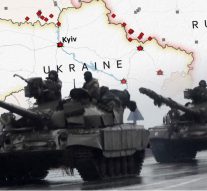 No Comments on Four months of armed conflict: What scenarios for the Russia-Ukraine war in the EU? 44

Nearly four months after the beginning of Russia-Ukraine hostilities, tension in Europe remains high as peaceful resolution prospects are still out of sight. Grim news of Russia’s small but steady advancement in Ukrainian territory and of increases in displacement number to over 100 million people, are only mildly alleviated by the reporting last week’s visit of French President Emmanuel Macron, German Chancellor Olaf Scholz and Italian Prime Minister Mario Draghi to President Zelensky. Following the visit, the Commission issued an opinion recommending that Ukraine should be granted candidate status for European Union membership. To further delve into these aspects, be sure to read our new NEU number!