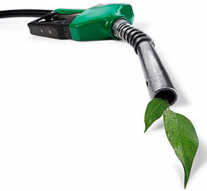 No Comments on The future of alternative fuels infrastructure 82

In the last years, the European Union is stressing on the deployment of alternative fuels infrastructure: the goal is “breaking the oil dependence of transport and set a target of 60% greenhouse gas emissions reduction from transport by 2050”.

Among alternative fuels, electricity is particularly attractive for deployment of electric vehicles and electric two-wheelers, which can contribute to improving air quality and reducing noise. The European legislation strongly encourages Member States to ensure that recharging points for electric vehicles be built up with sufficient coverage (at least twice the number of vehicles) and 10% of them publicly accessible, in particular in cities.

Indeed, a strong incentive to private owners to buy electric cars is the access to recharging points in collective parking lots, such as in apartment blocks, office and business locations. Therefore, public policies play an important role in enhancing the alternative fuels market; actually, private investments and public incentives are both mandatory. The establishment and operation of recharging points for electric vehicles should be developed as a competitive market with open access to all parties interested in rolling out or operating recharging infrastructures.

As denounced by the European Parliament, though, “the lack of harmonized development of alternative fuels infrastructures across the Union prevents the development of economies of scale on the supply side and EU-wide mobility on the demand side”.

Consistently with the above-mentioned White Paper, two automotive European industries, BMW and Volkswagen decided to start an investment plan to build more than a 100 thousand recharging infrastructures in 2015. However, their plans are for the other side of the ocean, in the United States market! The investment plan will contribute to have a recharging point for electric vehicles on the American coasts every 100 km, so to boost the market of electric cars. The recharging points will be a fast recharging (30 minutes for a full recharge of an empty battery).

Why have the two European industries invested in the American market, ignoring the European potential? It is very likely that it depends on the fact that the American electric market is already maturing, thanks to Tesla’s huge investments on high-end products targeted at affluent buyers. In the last decade, Tesla’s products have become more competitive for a wider market share: indeed, nowadays the US are already one of the biggest electric vehicles market of the world, with almost 3 million of cars. Perhaps the American case will teach us that cars could perfectly (and environmentally-safely) work without oil.