Home / Energy / The future of Electric mobility in Europe 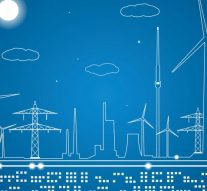 No Comments on The future of Electric mobility in Europe 116

Technological advances and societal changes have triggered a drastic evolution in mobility. Alongside other trends, such as digitalisation, autonomous driving and shared mobility, electric mobility is also gaining momentum. Electric mobility could help the EU to achieve its goals of reducing greenhouse gas emissions, air pollution, noise and dependence on oil. However, the extent of this help will depend on a number of factors, such as the share of electric vehicles in the overall vehicle fleet and how environmentally friendly electric vehicles can remain throughout their life cycle.

Electric mobility is one of the alternative transport technologies – especially in urban areas – that could help the EU to cut GHG emissions from transport if a certain number of conditions were met. Namely, EVs emit less GHG emissions during their entire life cycle (manufacture, use and disposal), only if the electricity used to manufacture and use them is at least partly generated from renewable sources. Other factors, such as the lifetime mileage, the size of the vehicle and what is done with the components (for instance, the battery) at the end of the vehicle’s life cycle, also matter. The largest potential reduction in GHG emissions in an EV compared to a conventional vehicle occurs in the use phase of the vehicle. EVs typically have higher GHG emissions in the manufacturing phase but this can be more than offset in the use phase, if the vehicle is mostly charged with renewable energy.

Transport is the main cause of air pollution in cities. Fossil fuels used in transport emit a range of substances, including nitrogen oxides (NOX) and particulate matter (PM), which inflict significant harm to air quality and human health; more than 400 000 citizens in the EU die prematurely each year and millions more have respiratory and cardiovascular diseases as a result of poor air quality. Road transport is responsible for around 40 % of NOX emissions in the EU, most of which come from diesel-powered vehicles. The pollution from road transport is all the more harmful, as emissions released by vehicles occur close to the ground, often in areas where many people live and work. Electric mobility could significantly reduce air pollution caused by transport, due to less fossil fuel use, especially if the electricity is produced from renewable sources. EVs emit no tailpipe CO2 and have significantly lower NOX emissions than conventional vehicles. However, EVs still emit PM from road-, tyre- and brake wear. Besides, EVs are often heavier than equivalent conventional vehicles and vehicle weight tends to correlate with an increase in non-exhaust emissions of PM. In addition, electricity generation also produces pollution; however, since power stations are usually located away from cities, the pollution they cause has a lower impact on human health than pollution from conventional vehicles.

Electric mobility is an area where the EU has shared competences with the Member States. The latter promote electric mobility through local, regional and national incentives such as lower taxes or free public parking for EVs. The EU complements these efforts by encouraging measures aimed at increasing resource efficiency and recycling, as well as measures to help break the oil dependency, optimise and improve the efficiency of the transport system, develop sustainable fuels, scale up the use of renewable electricity and remove obstacles to the electrification of transport. Often actions in support of electric mobility are part of wider measures taken with a view to developing a more sustainable transport system. In 2016, the Commission published a European strategy for low-emission mobility, in which it highlighted the importance of publicly available electric recharging points, the use of renewable electricity for transport and customer awareness of the advances made with regard to EVs (such as increased driving range and lower maintenance costs). The strategy also called on Member States to review their tax systems so as to introduce incentives for low-emissions vehicles and energy. While welcoming the Commission strategy, the European Parliament called in its 2017 resolution on the Commission to ‘adopt an ambitious action plan for the market uptake of electric vehicles and to issue Member States with guiding recommendations to encourage them to implement fiscal incentives for zero- and low-emission vehicles’. The Parliament also wanted to see a long-term European initiative for next-generation batteries as well as for the development of the necessary infrastructure. In May 2017, the Commission submitted Europe on the Move – a package of legislative and other mobility-related measures aimed at making Europe a leader in clean, competitive and connected mobility; these were introduced in three stages between 2017 and 2018. Some of these measures seek to limit CO2 emissions from new cars and vans (including giving incentives for low and/or zero emission vehicles) and to stimulate the market uptake of clean vehicles (including vans and buses) in public procurement. The measures are at various stages of inter-institutional negotiations. In general, the European Parliament has called for more ambitious measures to reduce emissions in road transport and for a wider deployment of alternative fuel vehicles on the European market. For example, in its position on the Commission proposal on the promotion of clean and energy-efficient road transport vehicles, the Parliament raised the 2025 and 2030 clean and energy-efficient vehicle procurement targets for light-duty vehicles.

The EU has also taken steps to improve the way emissions are measured during type-approval procedures of vehicles and their trailers, in order to reduce the gap between the emissions measured during tests and actual on-road emissions. Finally, the EU provides financial support to electric mobility, for instance, by making non reimbursable grants from the Connecting Europe Facility (CEF) and the structural and investments funds available for the development of charging infrastructure and the acquisition of electric buses. Projects focusing on research and innovation in electric mobility can obtain support from the EU’s Horizon 2020 programme or the European Investment Bank. Indicative of the level of support electric mobility currently enjoys is that over the 2018-2020 period, the Commission aims to invest €200 million in battery research and innovation under the Horizon 2020 programme (on top of the €150 million already allocated). As part of the next long-term (2021-2027) EU budget, in June 2018 the Commission proposed to spend 60 % of the CEF €42.3 billion budget on projects that contribute to achieving climate objectives, for instance, through the development of charging infrastructure for EVs. The Parliament and the Council are now negotiating on the proposal. In its negotiating position (adopted in December 2018), the Parliament voiced its support for allocating 60 % of the CEF budget to projects contributing to climate action, while also calling for an increase of the overall CEF budget by almost €6 billion compared to the Commission’s proposal.

It is hard to tell how the future of electric mobility will evolve, but it is clear that it holds a lot of potential to make mobility more sustainable and smarter. Electric road vehicles could reduce the EU’s dependence on foreign oil, while lowering the pollution from transport. However, the extent to which EVs will effectively lower pollution will depend on their share in the overall vehicle fleet as well as on how environmentally friendly they remain during their whole life cycle. Most likely, electric mobility will continue to blend with other trends such as digitalisation and connectedness, automation and shared mobility. Instead of owning an EV, people might choose to order an automated EV from a shared fleet with a click on their smartphone. This could also help to reduce congestion, especially in urban areas. According to forecasts by the International Energy Agency, the market share of EVs in Europe could be around 23 % in 2030 when accounting for all road transport vehicles except two- and threewheelers. Since a number of motor vehicle manufacturers have announced that they would stop launching new petrol and diesel models in the coming years and launch only fully electric or hybrid ones, it is likely that the offer of EVs will increase and their prices will drop. Range anxiety could diminish significantly with technological advancements, as the driving ranges of EVs get longer and charging times shorter. Motor vehicle manufacturers and governments are also continuing to develop their charging infrastructure for EVs and are helping customers to find the nearest recharging point (for instance via an app). However, whether these technological advancements will indeed convince customers to replace their diesel or petrol car with an electric one, will also depend on other factors, such as fuel prices.

The EU has an important role to play in supporting the transition to a more sustainable and smarter mobility. The more ambitious it is in its policies that drive vehicle technology improvements and encourage the use of renewable energy and smart electricity networks, the more impressive the uptake of EVs is likely to be. The future of electric mobility will also be determined by incentives at the local, regional and national levels of governance. Namely, countries that offer generous EV incentives and good charging infrastructure, are typically observing a bigger increase in EVs than countries with low or no incentives. Whether they continue to see growth in the share of EVs will largely depend on how persevering they are in applying these incentives.