Home / Employment and Social Affairs / What future for the EU: France has the ball 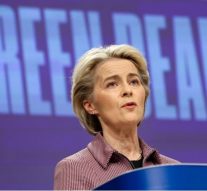 No Comments on What future for the EU: France has the ball 52

In December 2021 the European Union seems to be struggling with the challenges that affected the member States along the year. Any of these challenges seem to be over yet, and the European Institutions are striving to provide European citizens with coherent and strong responses.

2022 is the “test-year”: with the passing of time, we will be able to better understand if initiatives and policies implemented by the EU Institutions and member States will provide the expected results.

On 1 January 2022, for the first time in 14 years, France will take over the Presidency of the Council of the European Union. The French Presidency will follow the very same policy lines that President Macron highlighted in his speech for a sovereign, united and democratic Europe on 26 September 2017 at the Sorbonne University.

For the past four years, President Macron and the French Government have been working to affirm European sovereignty, or, in other words, Europe’s ability to exist in the world to defend its common values and interests. The French Presidency of the Council of the European Union will probably follow this very direction and continue this work for a more inclusive, sovereign and democratic Europe.

The Conference on the Future of Europe, proposed by France in 2019, established a new forum for debate with European citizens. The final contribution of these national panels was submitted to the French Government in the following autumn. Recommendations made by citizens helped shaping the political agenda and determining the priorities of the French Presidency of the Council of the European Union.

Because of the peculiar functioning of the Council the European Union, the new French Presidency coordinates within the “trio presidency programme” or TROIKA, aligning its action to that. This system, which has existed since 2009, sets long-term goals to be addressed over a period of 18 months.

After the Slovenian Presidency, France will begin a new cycle and will work as a trio with the Czech Republic in the second half of 2022 and Sweden in the first half of 2023.

If we want to take the pulse of the Institutions’ priorities in the next months, we will observe that since the Commission President’s annual SOTEU, and as the COVID-19 pandemics keeps on threating the liberty and lives of Europeans, the challenges for the European Union are still many, and more than ever significant.

Also, for 2022 the pandemic crisis remains a top priority. The implementation of various programmes to get the EU back on its feet will remain the main objective in the European Commission’s agenda.

More, this will include health, as well as other policies which have been revised during the crisis. Furthermore, the debate on EU budgetary rules will absorb most of the general attention in the immediate post-pandemic period.

For example, the implementation of the EU4Health programme, presented during 2021, still needs to be rolled out. For not mentioning all the issues of strengthening the single market, industrial policy and digital policy, and the reintroduction of the Stability and Growth Pact and therefore, as we mentioned, the discussion on a possible revision of the European budgetary rules.

In addition, the two main priorities of the Von der Leyen Commission (climate change and digital policies) need also to be pursued.

These challenges have been targeted already well before the pandemic stroke. These major issues were already on the Commission’s agenda before the pandemic crisis: the climate agenda, the digital agenda, the establishment of a capital markets union to strengthen Europe’s investment capacity. Today these projects are still on the agenda and we can expect the European Commission to continue with the lines set and planned before the crisis. Similarly, in spring, the social policy was the subject of a Social Summit and the Commission will also have in its radar to make proposals to implement the commitments made by the heads of state and government during that meeting.

Analysts observe that the acceleration known by climate policies as well as digital policies, all this is directly linked to the recent pandemic crisis and also, again, to the climate crisis. The European Union is now, more than ever, in charge of coordinating the action between the member States in order to avoid the social spill-over of the current crisis with a differentiated impact on different countries.

Finally, it is necessary that this self-proclaimed “geopolitical” European Commission rethinks the points of reference of its external role. The apparent lack of preparation and technical capacity for action during the troubled days of the Afghan crisis has reminded the European citizens that greater autonomy of decision and greater capacity for action on the world stage are particularly needed in the field of defence.

The Commission will have to adopt some initiatives and resolutions on the geopolitical role of Europe, whether it be in trade policy, competition policy or, in a harder way, in defence policy: recently, High Representative Joseph Borell proposed the creation of a “European intervention force”. Of course, the debate is not concluded and, on the contrary, it will continue in the years ahead.

The strength of the European voice outside its own borders depends naturally on the homogeneity and spreading of consensus regarding the EU integration incremental process.

For this reason, in the light of the recent nomination of Olaf Scholz as Chancellor in Germany, another element that will weigh heavily on the EU’s agenda in the coming months, and on its ability to make progress on these issues, are the elections in one key country of the European construction: France.

Here elections will be organized in April 2022; four months after the beginning of the French Presidency of the European Union.

The future of Europe will also depend on the outcome of these elections, not least because it is not clear how the parties opposed to the liberalism position advocated by the current leaders will do at these elections, and how the winners will manage to re-establish the Franco-German partnership that is crucial to European integration.