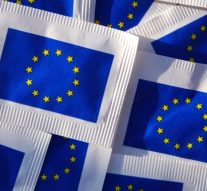 No Comments on Future on hold 38

2019 was an intense year for the narrative about the EU. However, it wasn’t as meaningful for the future of the EU itself.

We got a long campaign ahead of the European elections. For the first time, we got both an increased turnout compared to the previous edition and the rise of anti-integration parties (nationalists, in some cases populists, from both the left and the right-end of the spectrum). A whole jungle of analysis sprouted from these two events.

The turnout. Can we be earnest? It was not that significant. Yet the EU bubble in Brussels consoled itself repeating that it was a great success. But it wasn’t really – can we seriously celebrate a 51% turnout after a first-time campaign centered on the very soul of the European Union? What should be stressed is in fact that for the first time media and parties approached the campaign with proposals and analysis that were had more of a European perspective than in the past. The EU is built along a long process. Hence the not-so-shocking increase in the Europeanisation of arguments. Yet there was some and, in the long-term perspective, it matters more than a ridiculous increase in the turnout. Landslide participation is a very different thing. Secondly, European umbrella organisations – be it trade union, trade associations or CSOs – engaged way more than in the past in the campaign. Because indeed the sense of urgency was very much present.

Then came the results. The surge of the far-right happened, but it didn’t have a real impact on the conformation of the Commission. This is due to the process behind it and to the surge of the Greens too. Green wave, we all called it, and yet no Greens in the Commission. What’s more, the heads of State and governments read the results and while comforting themselves because traditional parties kind of resisted to the assault of the Greens and the far-right, they also decided to completely disregard the only link between the elections results and the composition of the European Commission. While Europeans casted votes crying for more and better representative democracy – whatever the interpretations that this had in their minds when voting – the Council just decided to go ahead with pure inter-governmental style and threw out of the window the Spitzenkandidat process.

Very well perceived by citizens who either don’t know about it because it is sufficiently hard to understand how the process work to also care about how it ends up. Or they were disappointed. Let’s say we are someone finally interested enough in the European dimension of law-making to want to understand how it works. You find out about the debates between  spitzenkandidatens ahead of the elections and about the process itself and you think that this is what will happen: the winner will win. Or if not the winner, one of those who were running for the position. But hell, no! It is someone whose identity was totally unknown to you up until June. Alright! Easy to love you, EU.

Back to the European Parliament, interesting dynamics are shaping the aftermath of the elections. The EP is way more fragmented than before, forcing the two main kingmakers, EPP and S&D, to stop ignoring that the Greens exist. And the Greens wouldn’t let them rest, continuing on the quite radical approach that has characterised them in there, in spite of their own internal fragmentation of positions. As for committees, the fragmentation of the EP is reflected in particularly interesting dynamics in ENVI, where we have an overall progressive majority, although this can’t be said for the plenary. This stems from the type of liberals that stand there on behalf of Renew Europe: rather progressives.

At the time of writing, the COP25 has failed. This is probably what we should all be talking now when examining what happened this year. We just summed up a few and not-so-far-reaching fact and consequences about landmark elections for the EU. The deadlock that we are witnessing in COP25 reminds us the one on migration and on the future budget and on…no need to list them, right?

Well, either we overcome it or the future will keep staying on hold for long enough to sink in it. How long will Europeans sustain it?