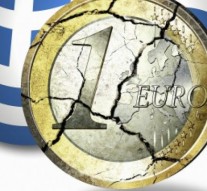 No Comments on Grexit: ready to negotiate? 33

Once more, after the Greek Prime Minister’s declarations, the Eurozone has been shaken by financial markets’ alarming reactions.

On Tuesday, Prime Minister Alexis Tsipras accused Greece’s creditors of trying to humiliate Greeks, denouncing the “criminal responsibility” of countries in demanding spending cuts and accusing them of “strangling” his country.

This reaction was not so unexpected. As a matter of fact, during last weekend’s talks, the Prime Minister has shown no intention of accepting austerity measures imposed by the IMF and needed to unlock frozen aid and avoid a default.

As widely known, the Greek government is called to accept tough economic reforms that will pave the way for a new 7.2 billion euros for the country. Nevertheless, the leftist Tsipras, whose government promised to end austerity, rejected demands of reducing pensions and increasing utility bills, formulated by its troika of creditors. 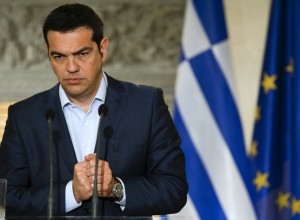 Thus, negotiations between the Greek government and its creditors have stalled and the lack of progress in talks raised the alarming spectre of a Greek exit from the euro.

Indeed, without an agreement by the end of this month, Greece will default on its IMF repayments for June and, in the absence of a deal soon thereafter, the risk is that Greece could not be solvable on its repayments to the ECB foreseen for the end of July.

Facing the latest developments, some commentators suggest that Athens is playing the hardball to obtain a last minute effort from its creditors to save Greece; some others believe that European officers will probably extend the bailout to March 2016, in order to give more time for a reform to be agreed.

In any case, Greece has a long and difficult road ahead towards potential sustainable growth. On the one hand, if Greece will not reach a deal with creditors, it would face a crisis of liquidity, which, in the worst case, could lead towards the default of its debt and the leaving of the single currency.  On the other hand, accepting the creditors’ deal will allow the Government to cover its funding needs until September, but it will also results in the erosion of the social safety in the country.

Given these premises, a credible deal with Greece is needed, not only in the interest of Greece, but also of the Eurozone as a whole. Yesterday, the Eurogroup tried to negotiate a solution at ministerial level to avoid a “Grexit”, which could endanger the Eurozone’s stability and create a high risk of contagion between the Member States.