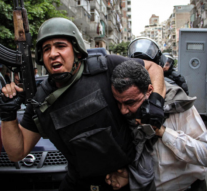 Human rights protection is one of the core business at the basis of the European Union. There are two main streams of human rights policy and action within the EU: one is to protect the fundamental human rights for the European citizens, and the other is to promote them worldwide. In the middle of this distinction there is also the case of the protection of human rights in case of people, often young students, living abroad mostly in countries where there is not a high level of guarantee when it comes to this issue.

The family of the Italian doctoral student Giulio Regeni, murdered in Cairo some years ago, have urged “democratic governments” to intervene in the case of an Egyptian master’s student in Bologna who was detained on arrival in Egypt some week ago. Human rights activist Patrick Zaky was detained and reportedly tortured while arriving in Cairo to visit his family. “We know what the Egyptian ferocity is capable of: kidnappings, arbitrary arrests, torture, threats, with the hypocritical complicity of governments and institutions that do not want to break their friendship with Egypt”, the parents of Giulio Regeni said.

Zaky’s detention has enhanced Italian criticism over Egyptian lack of transparency around Regeni’s case. During his press conference on the Multinannual Financial Framework, EU Parliament’s President David Sassoli, called for the immediate release of Zaky, detained in Cario since 7th February. Sassoli reminded ”Egyptian authorities that the EU is influenced in its relations with third countries by the respect of human rights”. The Egyptian Parliament some hour later criticized European Parliament President David Sassoli’s call for Zaky’s release as an “unacceptable interference”.

This dispute, following what happened with Regeni four years ago, highlights once again the distance and the different approach between the EU and countries like Egypt. Calling an appeal to respect human rights an “unacceptable interference” is maybe a legitimate position for a country with a high standard of protections of fundamental rights, but that is not the case of Egypt.

Post Mubarak 2011 transition in Egypt, initially seemed to create an opportunity for a deeper relationship in which EU helped encourage a process of genuine political and economic reform. However, due to regional conflicts, the migration crisis, and Egypt’s reversion to authoritarianism under President Abdel Fattah Al Sisi, the EU has returned to its previous model of engagement with the country in the last few years. Egypt is aware that the EU is unlikely to go beyond mild criticism, because Europe relies on cooperation with Cairo to protect some of its key interests: combating unregulated migration in the Mediterranean; stability of the Middle East and north Africa; partnership in security; wide economic interests also related to energy resources.

For all this reason, at the end of the day, EU is not a strong actor to ensure the protection of human rights worldwide. Another case of this difficulties is Turkey, a country where the mild approach from the Eu has enhanced instead of reduced Erdogan’s rethoric and authoritarism.
A profound review of the EU’s relations with Egypt and some other authoritarian countries, is thus necessary. Human rights situation in the Egypt requires a serious revision of the EU Commission’s budget support operations, which should be restricted to primarily support civil society.