Home / Energy / The inquiry on capacity payments: a step forward towards the Energy Union 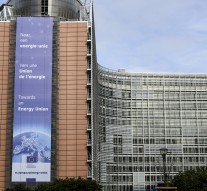 No Comments on The inquiry on capacity payments: a step forward towards the Energy Union 72

On April 29th, the EU Commissioner for Competition Margrethe Vestager has announced a sector inquiry on the use of capacity mechanisms in the energy sector. Eleven countries, which already have introduced capacity mechanisms or are planning to, are under review.
Apart from the State Aid issue, the inquiry is an occasion for Europe to encourage Member States cooperate in view of a common energy strategy instead of fostering national interests.

Europe is increasingly investing in renewable energy, whose production is variable and depends on natural conditions (wind, sun). Thanks to the zero marginal costs of green energy, wholesale power market prices are decreasing. On the other side, production costs from traditional gas power plan are still high, resulting in a retiring trend of old capacity.
Most Member States have therefore opted for an intervention into the market through capacity mechanisms, i.e. a fee that countries pay to each traditional supplier who has the “capacity” to produce energy in case a shortage may threat the energy supply and cause price volatility.
The capacity mechanisms ratio is that countries have to assure a stable national energy grid, where supply meets demand peaks, too. Margrethe Vestager, the European Commissioner in charge of competition policy, during a news conference at the EC headquarters in Brussels, Belgium. Photo credits: EPA/Olivier Hoslet

The “Guidelines on State Aid for environmental protection and energy” adopted in 2014 by the Commission clarifies that market interventions must be “appropriate”, “proportional” and “avoid undue negative effects on competition and trade”. However, there remains significant scope for interpretation and the risk of State Aid is peeping out. What is more, the Commission fears that each country may take advantage of capacity mechanisms to remunerate national generators, to the detriment of a common interconnected energy union.

Although energy is a “shared competence” between the EU and each member state (art. 194 of the Treaty), the issue of capacity mechanisms could be the opportunity to overcome nationalisms and build up an energy strategy and a European common energy market.