Home / Future Europe / Japan set to help the EU, but the EU must first act unitedly 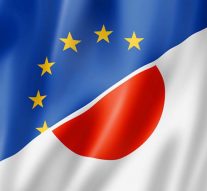 No Comments on Japan set to help the EU, but the EU must first act unitedly 34

The EU identity stems from free trade, multilateralism and diplomacy against unilateral actions by any State. However, it is probably not by chance that at the same time while the EU undergoes what is called an identity crisis, the multilateral system that has underpinned international relations and especially the Atlantic partnership has incrementally shredded.

The EU also derive from a fundamental partnership with the USA. But it is the USA that are leading the destruction of the multilateral culture among nations and that is using free trade leverages in a pre-war-time fashion.

Therefore, is it only natural for the EU to look at Japan searching for a new powerful ally in containing unilateralist attempts to govern international relations and for trade to stay as free as it was designed by its founders. Japan is reciprocating smoothly the EU quest for a stronger partnership. On top of the threats to international order coming from the US is in fact a potentially bigger threat – the question of China and its incrementally powerful stand in the trade and international relations arena.

At least, the need for strengthening the partnership comes at a good time as of international governance – Japan has hosted the G20 summit in June, aiming at preserving global cooperation and fair-play in Trump-led era of revanchist nationalism and protectionism. Let’s say that we can’t call it a successful attempt, given what just happened in Northern Syria. Still, it was one more signal for the EU.

But previous signals occurred. As covered by Euractiv[1], the EU and Japan signed on the 27th  September a holistic partnership to promote investment projects based on rules-based and sustainable principles, and to counter the risks posed by the USA and China, called EU-Japan partnership on sustainable connectivity – a term covering an array of trade, economic, transport and environmental fields – and quality infrastructure.

The text reads the aim to “promote free, open, rules-based, fair, non- discriminatory and predictable regional and international trade and investment, transparent procurement practices, the ensuring of debt sustainability and the high standards of economic, fiscal, financial, social and environmental sustainability”. The deal covers all dimensions of connectivity including digital, transport, energy and people-to-people exchanges. What is more, these principles were already embedded in the landmark EU-Japan strategic partnership agreement and economic partnership agreement, signed last year.

Will this partnership be strong enough against one of the two competing giants on track to leave all the rationality behind multilateralism to embrace a dark darwinist understanding of how communities should live together in the XXI century, and the other one set to become the first military and internal market power in the international arena? The USA and China can still look down to the EU and to Japan too.

It is at this point endless the number of opportunities for the EU and its Member States to reflect on current affairs and re-think the importance of acting as one actor in the global context instead of 28 (27) schizophrenic ones. This is one more crystal-clear proof that there is no point in discussing the future of the EU if vis à vis with such future-defining challenges there is no willingness to step up the efforts in this sense. Japan can be a great ally. But the EU must help itself first, and only then external partnerships will be effective at enhancing its ability to thrive.