Home / External Relations / Was the “Jumbo” Council successful in addressing external solutions to the migration crisis? 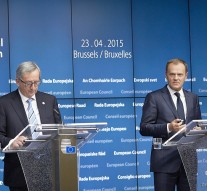 No Comments on Was the “Jumbo” Council successful in addressing external solutions to the migration crisis? 183

With 1700 dead in only four months, the toll of the Mediterranean tragedy tops the same figure of a modern war. Last year, the sub-region was the deadliest migratory route in the world, according to the IOM, while the trend is sadly strengthening. Much have been said on those recurring fatal journeys, and the EU debate is again revamped due to the last incident which called 700 lives in just a few hours.

We in NEU dedicate a consistent time to those matters, particularly focusing on EU’s response on its borders. Migration is quite a controversial policy in some of Justus Lipsius’ committees, in the Council Headquarter. Divisions among Members States have been the rule and, notwithstanding the urge to identify a common solution, their commitment in the external dimension remains fragile. It was no surprise that in the last ECFR scorecard migration got one of the poorest results.

The current EU approach is mainly framed within the “Global Approach to Migration and Mobility” (GAMM), an “overarching external approach” that should combine development and migration dialogues with third Countries with the internal asylum dimension and the fight against irregular migration – in this perspective, it shall be noted that the GAMM was primarily worded relating to trafficking, leaving the people smuggling phenomenon somewhat behind.

EU external toolbox is wider than that, and ministers discussed the possible step-up in their cooperation during the last “Jumbo” Council in April 20. The curious name is no more than Brussels’ jargon to describe a Council formation with different kinds of ministers sitting next to each other to address particular multi-dimensional policies. All in all, it was that discussion that paved the way for the extraordinary European Council that agreed on the “10 points” to tackle the crisis.

Member States agreed to strengthen EU operation Triton both in terms of resources and mandate, progressively aiming to reach the same level of commitment (and burden) Italy was bearing with its “Mare Nostrum”. Moreover, European leaders once more lay on the necessity to increase political dialogue and cooperation with key partners through the migration-development dialogues: the Rabat Process (for Western Africa’s routes and Countries) and the Khartoum Process (on Eastern Africa).

However, what surprised some observers, is the stronger involvement of EU foreign policy, especially in its common security and defence, as the support to those Countries will also be developed “building on current CSDP operations in the region”. 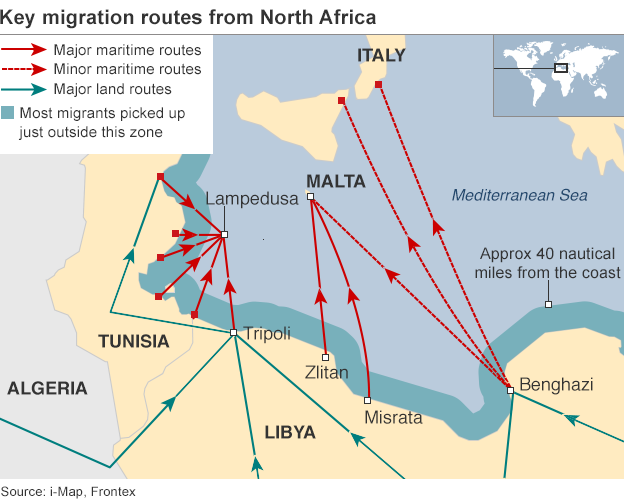 The EU has an already solid experience in deploying border assistance and border management Missions and Brussels’s policymakers believe they may integrate those dimensions in the mandate of differently-conceived missions.
The main target of such review could be EUCAP Sahel Niger, EU’s initiative to build Niger’s capacities in countering terrorism and trans-national organized crime. However, the region of Agadez (above the centre of the country) is a main hub of migrants’ exploitation, where it is not rare to see caravans leading to Libya.

The second recipient of an enhanced mandate in border issues could be its sister Mission in Bamako, EUCAP Sahel Mali. The country is a less critical transit point, but a possible tandem with the Mission in Niger could indeed consolidate the Sahel’s belt capacities in dealing with traffickers and smugglers.

The focus on the Sahel may seem a quite peculiar response, as EU would leave apart the most obvious Country: Libya. A specific Mission focusing on border management assistance was indeed deployed in Tripoli, but Member States were forced to withdraw most of their staff due to the ravaging crisis. Nowadays, EUBAM Libya is sadly no more than a “stand-by” Mission with a handful of experts relocated in Tunis.

Yet, can any solution be implemented without our big southern neighbour? If not on its land, most probably ahead of its shores.
Federica Mogherini’s commitment “to immediately begin preparations for a possible CSDP operation” in fighting traffickers was not yet better denoted, but rumors “confirm” that the Council is indeed evaluating the intervention of a possible naval force to destroy the “death vessels”.

As long as EU policymakers will not shed more light on the matter, it is difficult to evaluate the possible outcomes of such a mission. But fears quickly rose on the possibility of this initiative being only one more tower for “fortress Europe”, while more is demanded in humanitarian and asylum terms. The same call came directly out of the voice of the UN Secretary General Ban Ki-Moon who stressed first and foremost the need “to focus on saving lives”.

This issue could have been the bulk of the discussion between Ban, Mogherini and Renzi on the Italian “San Giusto” – one of the boats currently engaged in search and rescue operations in the Mediterranean – but no further details arouse on the United Nation views on the European plan.

Many tools are in place and the international engagement is mounting at the highest level amidst some uncertainty on the way forward. We shall hope the EU will stand to its own aspiration and commit with the highest resolve. If more time will be required, many other lives will be claimed in those fatal journeys.