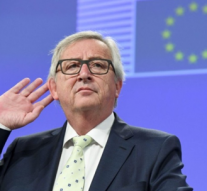 No Comments on A Juncker`s economy pledge 21

The “Europe 2020” strategy has opened a new era in the EU multisectoral development. It utterly contributed to setting up the new developing agenda of the Union. As claimed before, the strategy was about delivering growth that was: smart, through more effective investments in education, research and innovation; sustainable, thanks to a decisive move towards a low-carbon economy; and inclusive, with a strong emphasis on job creation and poverty reduction. The strategy was focused on five ambitious goals in the areas of employment, innovation, education, poverty reduction and climate/energy. The Strategy has been adopted during Barroso mandate, and will be modified during 2016 as an incumbent Juncker announced. However, Juncker did not specify to which direction Union should go. As president Barroso has said: “The renewed Lisbon strategy was able to build an understanding of how structural reform feeds directly into growth and jobs. But the crisis has wiped out many of the gains.

We must now use the “Europe 2020″ strategy to create new sources of growth”. Soon after the Barroso’s mandate came to an end in 2014, after “surviving” the big economic crisis occurred by the end of the first decade of the 21st century, many political analysts have not agreed on the ultimate outcome of “Barrosian era”. There were many critics on Barroso`s politics on external (economic) relations, but the opinion which prevails is the fact that Barroso has left a financially and economically consolidated European Union and a stable European Central Bank with fully organized internal institutional structure. Since the beginning of Juncker’s mandate as a new incumbent in position of the president of the Commission, many things gained new discourse. For the first time in the modern EU history (after the Cold war ended), the first priority for one Commission was to put policies that create growth and jobs at the centre of the policy agenda. In 2014, the unemployment rate within the Union was not the “hot topic” in the everyday politics. That is why many analysts were confused with this issue put on the very first place of priorities to be resolved. Twin-track approach vs Investment plan led by the fact that investment has fallen by approximately 15 % since its peak in 2007, the Commission have decided to dedicate its main work path to this question. The Juncker`s Commission have proposed package of measures to the Parliament and to the Council as well. Regulation of the European Parliament and of the Council adopted on 25 June 2015 has established the European Fund for Strategic Investments (EFSI), the European Investment Advisory Hub and the European Investment Project Portal. Those regulations have been later amended by Regulations (EU) 1291 and (EU) 1316.

The main inherit goals of the Investment plan were:

And while the EFSI reflects the unique and equal approach to investment growth and success, (which is the official economic policy coming from the Juncker’s team), Barroso has acknowledged the regional differences between the parts of Europe. As he named it, the “twin-track” approach, meant that member states of the EU would ride themselves in many different speeds. He recognized the inherit different need of every single member state and region within it. As Barroso was more rational politician than every other Commission president, he has been proposing the different policies in economic field which would better suit the concrete region. Even though, those ideas have not survived and been implemented in practice, Barroso have been memorized in collective memory of the most of Europeans for his results in Eurozone and reforms within the European Central Bank.

A non-stable narrow idea or the geopolitical attempt forward?

In the establishing Regulation(s), as well as in the interviews consequently provided by the Juncker`s administration, the EFSI should support projects „for the development of transport infrastructures, and equipment and innovative technologies for transport“. The EFSI should also support projects in the fields of human capital, culture and health, including projects in the fields of education, training, the development of ICT skills and digital education, as well as projects in the cultural and creative sector, in tourism and in social fields. Investment in those fields should adopt a holistic approach which in each case displays appropriate respect for the intrinsic value of education and culture. But haven`t all these areas already been improving both in the national and supranational level? A 315 billion Euros tough agreement could definately not be dedicated only to the resolving the „economical gap” in the investments that are occurring in the Union. It seems like the investment plan has the other purpose than the one planned at first. For instance the investment plan predicts for Europe to build the transportation infrastructure. But how that can contribute to the unemployment problem resolution? Can that also resolve the problem of the financial consolidation within the national level of the southern EU member states such as Greece, Portugal, Spain and potentially Italy.

Does this Plan have any implicit purpose?

On the other hand, the EU wants to attract more investments from the third states (for instance BRICS countries), in order to improve its geopolitical position in the international community What remained unclear from the EFSI regulation is to what level of investments will EU focus on? Is it only about the internal investment process (among member states themselves) or it is about the EU as a united economic actor investments towards the third states? The plan sounds quite unclear when observing its annual sum of more than 100 billion Euros. What we know is that this money is going to be spent on the previously mentioned transportation infrastructure and innovative technologies. But how realistic it that? The Barroso Commission have been empowering consumers in many sectors by adopting the regulations which have obliged national member states to support their consumers to exercise their contractual rights and redress across the borders. That is why the “Barrosian era” is quite more direct and more efficient than the Juncker’s Commission. Since Juncker`s mandate will last for two years at least, it still remains open the issue of fully economic stabilization and consolidation of the supranational economy. All the Europeans will witness the potential (un)success of the Juncker`s executive supranational governance in the near future.