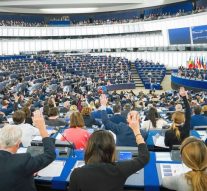 Trump didn’t help it, as usual. Erdogan and Putin knew what to do with it. Only the EU did not know where its place was. Kurds suffered, as always in history. And as in the past, the Kurdish question is a question for the understanding of tolerance and internationalism by Turkey, as much as a question of how much the EU is up to tolerate.

The Members of the European Parliament showcase a much better sense of the historic tragedy that has hit Northern Syria and the Kurds who live there, and who inspired many across the globe. Because the Kurdish resistance and community-governmental method embodied what in the EU recall antifascism pure values and practices in society in an era when they seemed completely lost on this side of the Mediterranean. Because they fought the fascist ideology, and weapons, of Daesh. Because they did so while setting up a governmental method that is far more democratic and inclusive than the one, we have in so many “liberal democracies” in Western world.

For this reason, they somehow embody the future many young people across Europe wish to see happening. Value-driven communities, implementing inclusive decision-making processes. Communities that work together, fully aware and respectful of the web surrounding their society. For this same reason, they had to be crushed by Erdogan, whose regime cannot tolerate (or survive?) such a slap in the face of his illiberalism along its very border.

While MEPs not only looked at but also reacted to the tragedy of Erdogan’s fist falling on them with an unbearable brutality that the worse off of the world have once more to go through, they could not do much about it. Yes, they adopted a resolution in the plenary, demanding sanctions against Turkey for the incursion in Syria[1]. But it does not mean much, because the Council couldn’t go any further than a 24 hours late statement that barely condemn the action undertaken by Turkey. Ad nothing more.

Kurds are one more physical evidence of EU’s failure to take decisions. While Trump takes sudden and dramatic decisions, Turkey and Russia react in a fast and furious manner. And the EU watches with a numbed glare to slaughters of people who had just ended one chapter of their fight for freedom and there is the EU, looking in a stuffed and hopeless way at the changing geopolitical balance in a crucial region for the world order and its own future.

It cannot be a case if the most democratic institution of the EU, its Parliament, is also the only ne demanding quick and effective action. It cannot be by chance that it is once again the Council blocking any hope for actual decisions to be made. Hence the Kurds question our future too. Those who were inspired by the Kurdish fight for freedom, by their democratic practices, by their communitarian spirit, are as many as those who today are sick and tired of the incapability of the EU to just react. To take decisions. The world keeps marching, but the EU cannot even decide on which foot should it start walking. It is not a matter of coalitions governing the Union. It is a matter of an entire class of policymakers who are unable to address the elephant in the room. This elephant is called democratic deficit and there is not much time left before it weighs in with all its dramatic consequences.