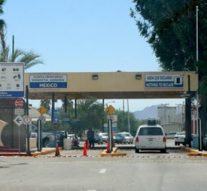 No Comments on Latin American migration patterns towards the EU 67

This article briefly introduces the report “BRAZIL – EUROPE MIGRATION – The situation of Brazilian immigrants in Spain and Portugal, and Portuguese and Spanish immigrants in Brazil: Legal aspects and experiences”, issued by International Centre for Migration Policy Development in 2013. Even though it was published almost a decade ago, it still provides valuable inputs into this issue.

Since the 1980s, Brazil has been experiencing a new phase of population displacement, during which an increasing number of Brazilians have chosen to reside abroad, which has become a hot topic in the media and among scholars in the field. As a result, Brazil went from being a country known for welcoming immigration to becoming a population “ejector” (Carvalho; Campos: 2006). The majority of Brazilian emigrants go to industrialized countries like Japan and the United States, as well as several European countries like Italy, France (previously), Portugal, Spain, and the United Kingdom. Belgium and Ireland have followed suit in recent years. According to the Ministry of Foreign Relations (MRE), the number of Brazilians living abroad peaked in 2008, with around 4.5 million living abroad.

Unlike Brazilians who migrate to the United States, Brazilian citizens who travel to Europe do so without a visa or with a tourist visa provided at the border by one of the countries, particularly Portugal and Spain. The lack of a visa requirement before to arrival reduces the cost of the migration procedure, which includes a number of fees in addition to travel tickets, and thus makes it more accessible to migrants of all socioeconomic backgrounds. The absence of a language barrier, the presence of cultural similarities, and, as a result, higher possibilities of assimilation for the migrant leaving Brazil for the first time and speaking no other language, facilitate the migration process in Portugal.

This study focuses on these two destinations, but diverse perspectives on the profiles of migrants to other European countries are also considered. A key issue in constructing a profile of Brazilian migrants in Europe was the paucity of statistics on those who remain in irregular status, which, according to Marinucci (2008)’s estimations, make up the majority of individuals who travel to practically all of the major destinations. Brazilian emigration to Europe is a long-standing phenomenon, although it has recently been more intense than emigration to the United States, especially since the September 11 attacks, which prompted the US government to impose immigration restrictions. Another element that influenced immigrant appeal was the rising demand for less qualified labor as a result of European civil building expenditure around the turn of the millennium. As a result, it was only after the turn of the century that the number of Brazilians in Europe expanded to the point where European and Brazilian scientific communities became more interested in analyzing their profile and the reality of integration.

France (24,4%), Portugal (21,6%), Spain (18%), and the Netherlands (18%) are the main ports of entry for Brazilians in the European Union (8,6 percent ). The main port of entry for Belgians was France (44%), followed by Belgium (14%), and Portugal (14%). (13 percent ). In Portugal, the majority of Brazilian migrants arrived directly (47%) or via Spain (32 percent ). Because there are no direct flights from Brazil to Ireland, 22 percent of Brazilians transit through Paris, 20 percent through Amsterdam, and 16 percent through Madrid. Despite the UK’s and Ireland’s close proximity, less than 5% chose this route. This could be explained by the strict immigration regulations in UK international airports, which require a Brazilian citizen to pass through two separate immigration checkpoints.