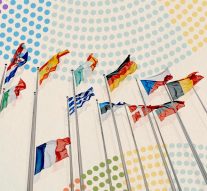 No Comments on Let the game begin 32

Projections are still circulating hand in hand with speculations over the ultimate compositions of the groups in the EO. In fact, there is uncertainty over the group that some parties will eventually join, see the Romanian chapter for S&D or the Hungarian one for the EPP, not to mention the 5SM – 5 Stars Mess. As we stick to certainties on this column, let’s analyse the main takeaways.

The Green wave happened, but scattered

The Greens surged impressively in three main countries of the EU – Germany, France and the UK. The geopolitics of the vote will certainly lead to the possibility for the Greens to shape the agenda of the next Commissions, although they are the 4th group as of conquered seats.

Now the hardest challenge comes for them, who have to prove voters’ trust right. If so, the wave can be amplified and reach the shores that it missed at these elections. In fact, the green wave didn’t translate into seats in the EP in Eastern – with the exception of the Baltics – and Southern Europe, in spite of the Italian massive rallies on the occasion of Fridays for future.

When asked why this happened – at the Heinrich Boll Foundation conference that followed the elections[1]– the Greens spitzenkandidaten Bas Eickhout and the re-elected MEP Terry Reintke openly illustrated their views. First, there is a structural issue that concern Southern Europe, especially Italy, where the Green Party hasn’t been in a good shape for a long time and wasn’t able to catch all the possible votes stemming from the wave at once. Similar scheme can be applied to Greece and Spain. This feature has to be coupled with the fragmentation of the left that didn’t facilitate the possibility for the Greens in some countries – again, Italy represents the best example – to allie with other left-wing lists. Moreover, the demand for social policies to tackle inequalities is a main driver in the South and there the Greens weren’t convincing enough for the voters with their policies for social justice, although very central to their agenda. Nevertheless, disappointment is higher for Eastern Europe, MEPs said, where the Greens have been campaigning for a longer time trying to create a more grasping wave than the existing one.

The next Commission’s work plan is going to be green. How green depends on the agreement to form the Commission. Now the Greens have to prove they are ready to step up in the game of thrones. Oops, game of policies.

Manfred Weber’s party wins but he is not the winner

Nobody really believes that Weber will lead the next Commission, although the EPP came out of the polling stations as the (relative) winner. Weber is indeed considered not adequate by many Member States and rumor has it that not even Angela Merkel fully trust her candidate.

EPP will most probably be a major policy-shaper in any case. The less they stick to Weber, the easier for them to be in the frontline to form the Commission.

…And it means that Timmermans is still in the game for the Presidency of the Commission. The very unexpected victory of PvDA in The Netherlands revamped enthusiasm among the socialdemocrats, who won in Spain and are absolutely determined to lead a “progressive coalition”. The latter should be formed by the Greens and ALDE at least, and it wouldn’t be enough. Hard to match GUE’s priorities with ALDE, which is the real king-maker.

Macron is losing at home and winnin in Europe

Macron may have lost against the Rassemblement National (Le Pen’s – by 1%), but he’s clearly the kingmaker for the Commission. ALDE is indeed the group that grew the most together with the Greens, and it’s mainly thanks to La Republique En Marche. The Groups is quite united behind his leadership in the Council, or at least outgoing Commissioner Margrethe Vestager and Verhofstadt seem to be.

Macron already expressed discomfort with the Spitzenkandidaten process and he is ready to throw it out of the window. One more reason for Weber not to become President of the Commission. What does this mean agenda-wise? He would favour a coalition that is balanced – meaning quite centrist and liberal – but willing to reform the EU according to his plan. Will he convince Angela Merkel and their counterparts in the rest of the EU?

Margrethe Vestager enjoys a very good reputation among most of the political groups and apparently she would be Macron’s and Verhofstadt’s favourite choice. Does she have what it takes to convince the Greens, S&D and EPP? Or some of them only? What would be a stable coalition behind her leadership? If composed by Greens-S&D-EPP, they would be doomed to compromise a lot agenda-wise. Would the Greens do so? And what about the socialdemocrats, who contained the damage by taking slightly more radical stands on fighting inequalities?