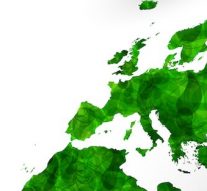 The European Commission is looking for cost–efficient ways to make the European economy more climate–friendly and less energy consuming. Its low–carbon economy roadmap suggests that by 2050, the EU should cut the greenhouse gas emissions to 80% below the 1990 levels. Milestones to achieve this target are 20% emissions cuts by 2020, and 40% by 2030. Alongside these mitigation targets, the EU adaptation strategy helps to ensure that adaptation considerations are addressed in all relevant EU policies.

The delivery of the EU’s climate objectives will require significant investment. At the time that the Europe 2020 Strategy was adopted, it was estimated that by 2020 public and private investment of €125 billion per annum would be needed to carry out climate mitigation actions across all sectors (including agriculture, buildings, energy, industry, transport, and waste). Further investment is also necessary for climate adaptation actions; and climate resilience needs to be built into all long–term investments.

The Commission has set out its initial proposals for the next Multiannual Financial Framework – the planning period for the EU budget which sets the priorities for spending, and shares out EU money between programmes and Member States. Among the headlines about modernisation, solidarity, and strengthening respect for the rule of law, there are some positive signs for the environment and climate change. But there are also some backwards steps, particularly on rural development and agro–environment funding. Much will depend, though, on the detail of the Commission’s legislative proposals. And this is just the start of a long process of negotiation, both complicated and simplified by the UK’s departure.

The Commission proposed to continue and strengthen the well–established programme for the environment and climate action, LIFE, which will also support measures promoting energy efficiency and clean energy. To supplement the targeted nature preservation efforts, the Commission is also reinforcing the synergies with Cohesion Policy and the Common Agricultural Policy to finance investment in nature and biodiversity.

More broadly, in line with the Paris Agreement and the commitment to the United Nations Sustainable Development Goals, the Commission proposed to set a more ambitious goal for the climate mainstreaming across all EU programmes, with a target of 25% of EU expenditure contributing to the climate objectives.

The National Energy and Climate Plans (NECPs) envisioned in the Regulation on the Governance of the Energy Union could have an important role in improving transparency in relation to investment needs. Specifically, the plans could serve as an instrument for Member States to outline their ambitions regarding mitigation and adaptation activities and the corresponding investments required to meet those ambitions. The systematic development of these NECPs would therefore provide better information at EU level and would eventually allow for a more efficient allocation of EU funds to Member States who pledge higher climate and clean energy targets. If such investment identified under the NECPs also included a risk assessment, it could further help to identify both public and private investment needs, provide guidance for specific programmes and help deploy the MFF means where they are most needed, thus serving as an efficient horizontal mechanism of climate mainstreaming.

In addition, such forward–looking capital–raising plans at MS levels, directly related to each MS’s climate and energy objectives, could also strengthen the investor confidence and increase the investment attractiveness for private finance sources.

The NECPs have a high potential, because they sustain and optimise the climate mainstreaming, and are a priority of the EU budget. However, the delay in adopting NECPs makes it virtually impossible to include them in the post-2020 MFF discussion in the context of climate and energy investment needs.

The Commission also proposed to increase the proportion of the budget nationally spent on climate objectives from the current 20% (which is likely to be slightly undershot) to 25%. This proposal is welcomed, although doesn’t go as far as some commentators had called for. And its impact will depend heavily on how strictly the target is measured. There should be a stricter approach to climate tracking of expenditure, revisiting some of the elements of CAP funding (for example) currently regarded as making a significant contribution; and the European Court of Auditors has made similar points. And there should also be a clearer identification of whether the expenditure is delivering on mitigation, or on increased climate resilience.

However, even more relevant for climate hopes is how well the proposed new vehicle for catalysing private investment, InvestEU, operates, and how effectively it targets low carbon investment (and, just as importantly, avoids locked–in investments to fossil fuel infrastructure like natural gas). Ensuring that a careful process of climate mainstreaming also applies to the 75% of the budget not covered by the climate spending target is essential.

The rules that guide the big numbers – like climate mainstreaming requirements, and InvestEU – are vital to get right. As ever, the funding directly allocated to the climate and environment objectives through the LIFE programme is a smaller part of the picture. However, it is welcome to see an increase in the budget here; and the environmental stakeholders should be willing to ensure that this funding is effectively targeted, and that their projects come under pressure to maximise their positive environmental contribution, and their co–benefits for other EU priorities.

Anyway, the EU Budget in the MFF accounts for only a small share of the overall investment needed to achieve climate and energy targets in Europe. Therefore, it is all the more important that the EU Budget is used to also leverage in co–finance from the private sector and other public institutions. When looking at the infrastructure investments in the EU, for example, EU funding often enables sustainable infrastructure projects that would not happen without EU budgetary support. As such, the rules applying to the EU co–financing can have a significant impact on the types and parameters of investments that take place in the MS. Therefore, the EU Budget’s role in co–financing for both mitigation and adaptation should continue to be emphasised whenever it’s possible.