Home / Energy / Morocco’s Progress Towards Green Energy and Its Challenges 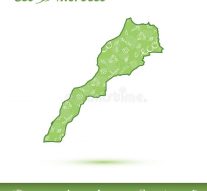 Morocco is poised to lead the Middle East and North Africa (MENA) region in renewable energy. Indeed, Morocco has a strategic location in the North West of the African continent and is only 14 kilometers from Europe, across the Strait of Gibraltar. In addition, it has varied relief — the Atlas and Rif Mountains, the Sahara — and the length of its coasts — the Atlantic Ocean and the Mediterranean Sea constitute 3500 km of coastline. Plus, its lack of conventional hydrocarbon resources, high energy import bill and rapidly rising electricity demand have provided Morocco with the impetus to encourage renewable energy development and emerge as a stable destination for power sector investment.

As mentioned before, Morocco’s ambitious targets reflect the nation’s rising energy demand, with electricity demand projected to increase by 250 percent from 2015 to 2030, and primary energy demand forecasted to double in the same period. Demand has been driven by economic growth, an increasingly wealthier Moroccan population and the nation’s industrial sector, which includes electricity intensive activities like mining and car manufacturing.

Increased electricity access has also contributed to rising demand. In 1990, less than half of Morocco’s population had modern electric services, yet a 1995 rural electricity program extended electricity access to tens of millions of people, with 98 percent of the population covered by 2014. Accordingly, electricity demand has grown at an average yearly pace of 7 percent since 2002, with residential and industrial residential classes growing fastest, at 8 and 7.4 percent per year, respectively. Together, these two customer classes make up more than 75 per­cent of electricity consumption.

Demand growth has helped lead to an increasingly large energy import bill, which cost Morocco approximately $8 to $10 billion annually from 2011 to 2013.

Crude oil and petroleum products have historically made up the majority of the country’s import bill, with coal, natural gas and electricity imports contributing to a lesser extent.

sustainable energy future for its people, the path forward will not be without difficulty.

Overhauling the nation’s electric generation industry will include serious challenges in integrating intermittent generation sources into the grid. For example, quickly ramping up or down non-variable energy units when intermittent sources come on or offline requires careful long-term planning and a flexible generation fleet. One potential remedy is to expand the interconnection with Spain, which experiences peak electricity demand in the winter, could be mutually beneficial, as Morocco’s peak electricity demand occurs in the summer.

Local opposition to projects could also prove to be a challenge. Some of Morocco’s renewable energy generation assets lie in the disputed Western Sahara territory, where local groups complain that the projects will extend Morocco’s occupation of their land. Creating opportunities for economic development, consulting local groups regarding potential projects, and equipping Moroccans and Western Saharans with the skills to meaningfully participate in the industry will be a critical criterion for many citizens as they evaluate the soundness of the industry.

Still, Morocco’s progress is unlikely to be foreshadowed by these or other challenges. Solar energy, which was minimal prior to 2016 as a percentage of Morocco’s generation profile, has already begun to play a significant role. Wind energy alone will help save 5.6 million tons of C02 equivalents by 2020,28 and the Ministry of Energy aims to reduce emissions by a total of 32 percent by 2030.

As a result, using native energy sources, Morocco will likely save billions of dollars on its energy import bill. It seems that Morocco has overcome the most significant challenge of creating institutional and regulatory frameworks that function efficiently, and winning investor confidence.

Whether Morocco can maintain the pace remains to be seen.