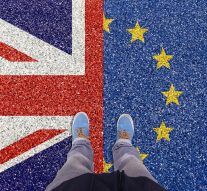 No Comments on Much Indecision, but Brexit 44

Brexit was on every headline. Yet the fact that the Multiannual financial framework (MFF) won’t be approved before autumn 2019 is probably the takeaway with more consequences out of the European Council just ended.

The European Parliament called on the Council to proceed quickly on this dossier. Especially progressive forces in the EP hoped that this would have been the case to secure the many amendments they managed to pass to the Commission proposal. The Commission also urged the Council as well. But clearly the Heads of State didn’t feel the urge. Deciding to postpone the decision to autumn 2019 means that much can be changed. But also that the parties will campaign over it in the run-up to the European elections.

In the meantime, those who are already campaigning over their national budgets − read: Antonio Conte − had to rush back to Rome to solve a strong disagreement among the governmental forces on how to proceed with the negotiations with the European Commission for preventing a macroeconomic imbalance procedure. An agreement is still to be reached while this article is being drafted. We can however expect that the government will not admit to the electorate that it is losing its battle.

The question is: will they admit it to Juncker and Moscovici? France got the green light, and it’s not a totally different story − it is a matter of urgencies, not emergencies. The Commission and the Italian government can’t agree over the urgency for Italy to get better. Sadly for the government − but no happy news for the Commission either − Salvini and Di Maio’s campaign against the EU institutions will become harsher and harsher while approaching the EU elections. And they’re not alone. Orban in Hungary is pursuing the same strategy so far that a law called by the people “slavery law” was passed in the national Parliament.

This strategy has admirers on both the extremes of the political spectrum. From Mélanchon to Orban the distance sounds long. In fact, it is not. They will all campaign against the EU macroeconomic governance. How could the EU better respond? Pro-European parties are fading away, everywhere. This will be the main question lying behind the speculation that will dominate the public discourse. And again, the discussion on the MFF will be the ultimate result of this battle. With this Council conclusions, leaders decided to let the discussion on the MFF be swamped by electoral promises.

It’s not only the MFF that one should look closely at, but also the yet-to-be-reached agreement over common asylum mechanism. As Merkel put it “we have not talked in detail about a solidarity mechanism today. No forecast for when it can be done, we’re working on it, but it’s not done yet”[1].

Overall we get clear lines only on Brexit, from the EU side. No main takeaways on the Future of Europe, as usual, unless we consider no decisions to be the real decision.