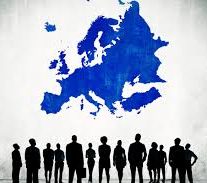 As regard employment and social developments year 2016 results are encouraging and show that the EU is on the path of recovery from the crisis. At least this is the opinion of Marianne Thyssen, Commissioner for Employment, Social Affairs, Skills and Labour Mobility, introducing the publication Employment and Social Development in Europe 2016.  According to this publication, with 232 million Europeans now in work – the highest number ever measured – the EU employment rate stands at 71%, above its 2008 value. But on the other hand there are still wide gaps between UE member countries: the employment rate varies from 81% in Sweden to 56% in Greece, and there are also wide gaps in poverty rates across Member States. And is exactly this wide gap that is to be considered as a threat for the EU project effectiveness and stability, particularly in this time when there is an intense debate on the proposal to arrive at a “multispeed Europe”.
It is not by chance that Greece left wing government has threatened not to sing Rome Declaration on 25th of March anniversary of the European project. “This is not our Europe”, said Greek prime minister Alexis Tsipras arriving in Rome, wondering if EU leaders really want to change the Union in order to relaunch a project that could tackle youth unemployment and poverty. Tsipras added that is divided: from one side he strongly feel the need for a “Social Europe” and on the other hand he will be sitting whit other EU leader that he is not sure are aiming to this objective.
According to Greek prime minister the problem is that Europe has surrendered to the IMF and this explain “its existential crisis”. Greece is withholding its support for the Rome declaration in protest at reforms its European Union lenders are seeking from it in exchange for new loans; IMF says it will join the latest Greek bailout only if Athens reforms once more its pension and taxation systems and its labour market more to modernise its economy and make the public finances sustainable. But after implementing austerity policies for years the government in Athens argues that they are not necessary.
For Tsipras, the rise of Euroscepticism across Europe should be attributed to austerity-driven policies as well as the democratic deficit as “EU citizens do not feel like participating in the political developments”. Greece thus tried to form a “Mediterranean axis” stressing that countries in those area are at the forefront of the challenges Europe is faced with, such as unemployment and the downgrading of labour social rights. But on the other hand it seems that the only other country really not satisfied with Rome declaration is one of the most faraway countries of the EU: conservative Polish government guided by Beata Szydło. This situation highlight that even if reason for Euroscepticism appears to be extremely different at the end of the day they could, if not reconciled, break up the European project. That’s why the UE should be “concretely alternative” to the anti-European sentiments spreading among the continent, by giving responses to people needs. And here the answer is not to be found only as regards people fears related to crucial issue like migration and terrorism, but mostly on economic and social needs side.
Four days after the Rome summit on 25th of March one of the EU largest members, the UK, will officially notify to the member countries its intention to withdraw its membership. If European  policy-making jeopardises cohesion and sacrifices social standards,  there is no chance for the European project to gather support from  European citizens. And a new start for Social Europe should begin by giving this policy objective a concrete meaning. 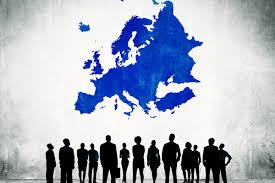