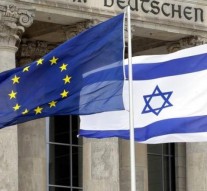 While this article is being written, polls are just outlining the probable victory of Benjamin Netanyahu’s conservative party, the Likud, in Israeli legislative elections. If these anticipations will be eventually confirmed, Netanyahu would score an unexpected poker race by calling for an earlier vote, gaining the Israeli premiership for the fourth time and overcoming his last government divisions over the Palestinian question.

Just ahead of the elections it seemed that Likud would have a hard time in winning against the Zionist Union, the center-left coalition jointly led by Isaac Herzog and Tizip Livini, but during the last moments of the electoral campaign, Netanyahu revamped his consolidated hard stance, stating he remains “the only one who could lead the country against external threats”, facilitated by the “foreign plot” to reach his final demise. The strong nationalistic sentiment permeating Israeli politics could have been the last rally favoring Likud, as the turnout to +4% compared to previous elections.

Only the formation of the new government will reveal whether there will be any significant change of policies, yet, it already seems an unlikely perspective. In view of a possible “tie”, Israeli President Reuven Rivlin had called the main parties to form a grosse koalition, in an attempt to avoid deepening the many social fractures of the country – a possibility that Netanyahu immediately rejected.

Coalition-games have already been a rejuvenating chance for the Israeli leader. After his first mandate in 1996 (the first ever “premiership” vote, with the direct election of a prime minister in a parliamentary system), only very few expected he could reappear in later the 2000s, following a sound defeat against Ehud Barak. Back to politics against his own declarations, he challenged Tizip Livini in 2009 and lost by one seat, but managed nonetheless to be appointed prime minister thanks to an alliance with Avigdor Lieberman’s far right party which granted him a stable majority in the Knesset.

This time, he may have an easier game than his Zionist Unionist rivals: besides having gained more seats, Netanyahu could find possible allies in the centrist parties, led by former Likud cabinet members, while the center-left would be facing the dead-end of lacking possible allies on either side due to policy divergences. Differently from the recent past, this campaign was not inflamed by discussions on foreign policy even though the two main parties’ positions remain absolutely incompatible, and no major exchange took place between the leaders even on the revolving issue of a possible peace agreement. Israeli are now more worried about the growing inequality and the mounting costs of living as much as we do in parts of Europe, but its domestic policy is even more unavoidably linked to the fate of its foreign relations.

During his campaign, Herzog remarked many times that he would have been “a prime minister to everyone, for right and left, for settlers, Haredim, Druze, Arabs, Circassians; I will be prime minister for the center and for the periphery”. Herzog, and especially his ally Livini, are among the main domestic promoters of the need to quickly pursue a two-state solutions, stop the settlement policy and commit to negotiations with the Palestinians.
Conversely, Netanyahu stressed his opposition more and more as the election day approached: “I think that anyone who is going to establish a Palestinian state today and evacuate lands is giving attack grounds to the radical Islam against the state of Israel”. Pointing Bethlehem, he asked his interviewer: “Do you want to see Hamastan over there on that mountaintop?”.
As we noted, a wave of support for Palestinian statehood has been rising throughout Europe, while in the USA the Obama administration has made clear that they see no alternative to a two-state solution. A European commentator pointed-out that such perspective will me progressively harder to build: rolling-back to the 1967 border would also require massive relocation of settlers beyond the green-line in the West Bank.

Netanyahu’s “no change” policy on the matter will only calcify this tendency, with a stable rise of 10.000 settlers per year. While the recognition of Palestine allows for a more assertive stance from Brussels and add pressure on Israel, there can be no chance without any actual buy-in from Netanyahu’s government.
Among the many international moves to add pressure on the matter, the European Commission already issued guidelines on preventing EU firms in entertaining business with Israeli economic activities placed beyond the 1967 border. Unfortunately, this move (likewise most of recent EU initiatives towards the country) did not yield the outcome sought in Brussels.

The same goes with negotiations on the Iranian nuclear deal. In a speech earlier this month before the US Congress, the Israeli leader overtly opposed the conduct of negotiations. Besides worsening his relations with Washington and the EU – who share the same position– such stance slams the door to current negotiations as it de facto excludes some concessions currently on the table for Teheran.

The EU has placed much relevance to the dossier since it actively took the lead of the negotiations and of the sanctions initiative in 2010. European diplomacy has been discretely making progresses on the matter. Last January, the parties agreed a first Joint Plan of Action to reduce and control Iranian nuclear capabilities, and, as the process continue, Mogherini appointed her predecessor Catherine Ashton to follow-up the negotiations on her behalf. Israeli steady opposition would only be a detrimental element to the climate around negotiations and will weaken the stance of the countries around Geneva’s table.

Even though a victory of Isaac Herzog would have not determined a major change of paradigm on the short run, there was large confidence he could regain international support and start confidence building with the Palestinian Authority.

If Netanyahu will manage to form a fourth government, the EU and USA will be facing over and over the same dilemmas, while Israeli position will reduce the space for any envisaged solution with regards to the Palestinian question, as well as being a possible hurdle for “western” initiatives in the wider region.