Home / Energy / The new energy strategy for the EU 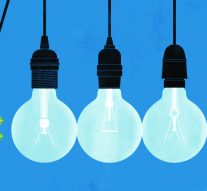 No Comments on The new energy strategy for the EU 82

With the launch of the Green Deal last December, the European Commission initiated the transition to a new type of economy and society. A radical transformation that brings with it an upheaval in the way Europe has produced, consumed and lived until today. The goal to achieve climate neutrality by 2050 is now well known and has found consensus at institutional and public opinion levels. Therefore, since the beginning of the year, the Commission has set out to identify strategies and tools to this end, which assumes, however, a multi-level, cross-sectoral intervention involving European economies and societies as a whole. With this in mind, new instruments were announced on 14 October, complementing those already introduced to date.

The energy sector is undoubtedly among those with the greatest impact on emissions and, therefore, on the climate neutrality goal. The regulatory framework of the Union’s energy policy requires each Member State to contribute to achieving decarbonisation by 2050 through the identification of its own targets, presented through the National Energy and Climate Plans.

With the report on the State of the Energy Union 2020, the first since the launch of the Green Deal, the Commission has assessed the individual progress made by Member States. The report showed an overall positive situation, with all countries being able to meet their targets while most have already made good progress to date. “The energy sector plays a crucial role in reducing emissions and achieving the European Green Deal,” said Frans Timmermans, Executive Vice-President responsible for the European Green Deal. The report presents the assessment of the five different dimensions of the Energy Union – decarbonisation (including renewables), energy efficiency, energy security, internal energy market, and finally, research, innovation and competitiveness. In support of individual country strategies, the NextGenerationEU recovery plan will play a key role in ensuring a range of funding programmes to support the implementation of the NECPs and stimulate economic recovery resulting from new energy reforms and investments.

The Commission estimates that 35 million inefficient buildings will have to be renovated by 2030 in order to achieve the 2050 climate neutrality target, and will, thus, require them to be less impactful in terms of CO2 emissions and more energy efficient.

Where energy consumption in Europe is concerned, buildings account for 40% and release 36% of EU greenhouse gas emissions. The Renovation Wave sets three priorities: tackling and identifying solutions to overcome poverty and energy inefficiency; the renovation and upgrading of public buildings, primarily schools, hospitals and public administrations; and the decarbonisation of building heating and cooling systems.

This will involve removing existing barriers to facilitate this process. Firstly, the rules, standards and information on the energy performance of buildings should be more accessible and transparent for both the public and private sectors. Secondly, access to targeted funding lines should be ensured through NextGenerationEU and other EU and private funds. Furthermore, fostering the development of new skills for the public and private sector is essential, to intervene in the market facilitating the transition to sustainable construction and promoting a bottom-up approach, based on neighbourhood and community awareness.

Finally, this process will not only be based on an economic and social efficiency ratio. The Commission has also announced the launch of a new European Bauhaus, a multi-dimensional and inter-disciplinary project that will set a number of key principles, such as inclusiveness, aesthetics, innovation and a people-based approach as the foundations for the green transition. It is a new forum where there will be space for professionals (architects, artists, engineers and designers), students and civil society who will compare and exchange ideas and present projects focused on sustainability, art and culture. By 2022, the Commission intends to create a first network of five Bauhaus in different Member States.

Another key initiative outlined by the Commission is the strategy to reduce methane emissions, the second most important agent, after carbon dioxide, of climate change, which requires a multi-sectoral approach ranging from agriculture to energy and waste.

Following the impact assessment for 2030 on climate objectives, the EU executive concluded that, regarding the cut in emissions to 60%, a generalised and widespread effort will be needed throughout the Union, which currently contributes 5% of global methane emissions.

Where the energy sector is concerned, the strategy aims to monitor the fabric of gas infrastructure in order to improve the detection and repair of leaks, as well as measures to prohibit combustion and release into the atmosphere. Targeted interventions will also be required in the agricultural sector, starting with the introduction of innovative methane reduction technologies, animal diets and reproduction control. Legislation on landfill and landfill gas management will also be reviewed by 2024.