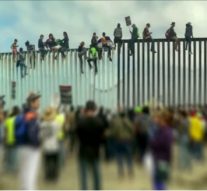 No Comments on New waves of migration to Europe: melting point of the EU unity? 12

The recent migration surges, coupled with the ongoing armed crisis in Ukraine, have rendered the supranational unity of the EU impossible, as various Member States have differing opinions on how the refugees should be welcomed. Nikos Nouris, the interior minister of Cyprus stated that following a meeting with fellow ministers of the member nations of the MED5 group in Venice in October, it is anticipated that the member countries that are the first to be targeted will receive more than 150,000 migrants.

The United Nations Refugee Agency (UNHCR) reports that this year, about 36,400 migrants and asylum seekers have already arrived in Italy, Spain, Greece, Cyprus, and Malta. 123,318 migrants entered these nations last year. The aggregate figures, however, are still much lower than in 2015, when more than a million migrants from Africa and the Middle East landed in the five nations mentioned after fleeing poverty and conflict. According to Reuters, Amin Awad, the UN crisis coordinator, stated on Friday that “the shortfall of wheat and other commodities might harm 1.4 billion people,” and that additional talks were required to open Ukraine’s ports in order to prevent famine and large-scale migration. The MED 5 group was established by the ministers of Greece, Cyprus, Malta, Italy, and Spain last year in order to present a single front to the EU over the new migrant deal.

The number of families in northwest Syria alone relying on humanitarian aid has increased to 82 percent, according to a report by the Syria Response Coordinators team. The report estimates that overall humanitarian needs have increased by 16.8 percent compared to last month, while the humanitarian response has decreased by 9.1 percent. The three pillars of stability—security, employment, and education—do not, in contrast, Abdul Hakim al-Masri, Minister of Economy in the Syrian interim government, instill confidence in the populace in areas under the control of the opposition. According to him, Syrians leave their country in search of work, to finish their education, and to find safety. According to Al-Masry, areas controlled by the Syrian opposition are still vulnerable to strikes and shelling by Russian forces and Syrian regime forces, in addition to city bombings that are displacing residents.

The majority of people trying to enter Poland illegally were from Africa, not the Middle East, and had previously traveled to Russia, according to Polish officials, who said they were observing shifts in migration across the border with Belarus. According to the administration, migrants from Africa include individuals who have spent a significant amount of time in Russia, a close ally and neighbor of Belarus. According to Beta, which cited AP, the administration defined the migration as a component of a “hybrid operation aimed at disrupting NATO’s eastern flank.” Attempts to cross from Belarus to Poland, Lithuania, and Latvia, the eastern flanks of the European Union and NATO, have been ongoing since last summer.