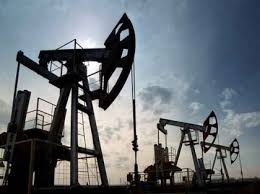 No Comments on Oil price: a sticky stuff for bets in commodities financial market 66

In the last decade, we have been accustomed to high oil prices, affecting our costs of transport and production, determining our national (and European) energy policy and making Middle Eastern oil exporters accumulating more than 2.3 trillion dollars in sovereign assets along with scads of fancy toys (arsenals of weapons, brand new cities in the middle of nowhere, infrastructures, etc.).

The oil price cut from 100 to 50 dollars is due to a series of logic reasons: oil supply greater than demand and, mostly, the failed effort of some OPEC countries to make U.S. shale oil production unconvenient. Given the new trends, Rystand Energy has estimated that major oil producers are cutting investments in exploration for 180 billions of dollars in 2015: the greatest oil crush since 1986. However, the picture is not that clear as it appears at a first glance.

Behind closed doors, some analists expect dire straits for oil producers in the incoming years. Although we do not have enough elements to infer a general economic slump in oil producer countries, some forecasts can be done.For instance, Qatar could survive low oil prices thanks to its large buffer of savings and overseas investments, thus it might keep increasing its oil stocks, waiting for more profitable moments to sell it. On the other hand, Algeria economy is already suffering a grim squeeze, as well as Venezuela on the American front. The IMF has recently predicted a Saudi Arabia budget shortfall in 2015 of 20%. In short, we expect contradicting oil policies among oil producers.

Meanwhile, the U.S. are increasing their oil stocks, both importing and keeping fracking. Few days ago, the Iran Oil Minister Bijan Zanganeh openly declared that the oil price war that some OPEC countries started last year against the American shale oil has been proven a failure: according to Zanganeh, nowadays the “right price” should be around 70-80 dollars a barrel.

Yet, Middle Eastern oil producers still have to adjust their economic and political strategies. For the first time, in August, OPEC countries have opened a dialogue to the other international oil producers. It is evident that so far there is no such a unique policy, as each country tends to look at its own courtyard. Even Iran, despite Zanganeh’s declaration, is planning to increase its production, expecting to reach 3.8/3.9 million barrels per day by March 2016, an increase that – according to basic rules of supply and demand – would maintain price low.

On the demand side, the driving season (summer) has registered some positive trends in the U.S. as well as in European consumption. This changing trend might hint a new oil price rise next year, when lower investments in oil productions, combined with the slow but sure economic recovery, might invert the trend. Nonetheless, there are opposite expectations on the price trend in the next future. The Hedge funds French guru Pierre Andurand, for instance, expects that the price will be between 25 and 50 dollars in the next 24 months, thanks to lower costs of production for shale oil and a supply still greater than demand in the worldwide market for oil…

The result of contradicting trends and declarations is the current histeric volatility.

Traders appear to react to any news buying or selling in the commodities market. The contango effect makes forward price of oil (i.e. Futures market) higher than spot price; it means that hedgers are willing to pay more for oil at a future point than the actual expected price.

As it appears clear, behind the non-sense up-and-down, then, there seems to be speculative maneuvres that mirror financial trends and it makes difficult for Europe to develop its own energy answer to the international market for oil. In order to “improve the transparency of oil prices and to strenghten the internal market”, the European Union has introduced the weekly oil bulletin.

Commissioner Sefcovic has recently renewed its willingness to better cooperate and “integrate our energy grid across the entire European continent”, which is the mission of the Energy Community, the international organisation that is celebrating its 10th anniversary. Well-done monitoring and nice speeches. However, Europe would deserve a leading role in the financial and political arena on oil prices.

Find here an interactive chart to see how oil price affects production and viability, both on OPEC and non-OPEC countries.