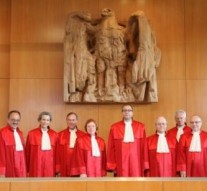 The Outright Monetaryn transcations plan was approved by Germany’s Constitutional Court yesterday. It also endorsed the six conditions already identified by the European Court of Justice in its ruling.

Yesterday, the Outright Monetary Transactions (OMT) plan, one of the most important instruments of the European Central Bank to fight against the crisis, was approved by Germany’s Constitutional Court.

Such a piece of news helps at least to overcome the first obstacles in a nervous week for financial markets, dominated by the expectation of the outcome of the British referendum on the European Union.

The OMT plan was also invoked as a possible tool to contain the turmoil that might be occurring in case of Brexit. Nevertheless, it seems unlikely that any Government might wish to undergo the conditions required by the application of the plan – unless it is hit by an extreme crisis threatening its participation in the single currency.

The four-page ruling closes a process that has lasted for almost four years, after tens of thousands of German Eurosceptics had appealed against the OMT plan. The plan followed Mario Draghi’s announcement that he would do “everything necessary” to save Euro in summer 2012.

Although the sentence contains some conditions, it essentially approves the plan involving buying the debt of countries in crisis, potentially without limits, in exchange for the adoption of an economic programme approved by the European institutions.

The six conditions to the OMT plan

The announcement of the plan had a strong psychological impact on markets, preventing fears of disruption of the euro from worsening in the most acute phase of the crisis. This impact was so strong that there was no need to put it in place. Its rejection by the powerful German Constitutional Court would also have a major political impact, reopening the controversy over the work of the ECB in Germany, which would have resulted in more market turbulence. The ruling also prevents an institutional conflict with the European Court of Justice, since the German court had deferred the case to the Court in Luxembourg, which had already approved the plan last year. However, the German constitutional judges reserved themselves the last word on the matter.

Appeals requested to block Bundesbank’s participation in the plan, but the German constitutional judges rejected it and endorsed instead the six conditions already identified by the European Court of Justice. These conditions comprise a prohibition for the ECB to announce purchases in advance, a limit for operations, as well as compliance with a minimum period between the issuance of the bonds and purchases by the Central Bank, in order to prevent distortion of the conditions of release. Furthermore, only bonds of countries that have access to markets can be purchased and the bonds may be held to maturity only in exceptional cases. Finally, the purchases must be stopped as soon as interventions are no longer necessary. Besides these conditions, the Court in Karlsruhe simply asks the German Government and Bundesbank to monitor the terms of the application of the plan.

The ruling under the lens of markets

One of the plaintiffs, former member of Christian-social, Peter Gauweiler, called the decision “scandalous”, whereas previously the Court had determined in his preliminary ruling that the ECB was exceeding its powers with the OMT plan. Clemens Fuest, the President of Ifo, a Munich-based Institute for Economic Research, criticized the sentence stating that “it is obvious that the OMT programme pursues first and foremost the fiscal objective of maintaining access to finance highly indebted States. German taxpayers are at risk, to the extent that their rivals”.

The ruling was also under the lens of markets because of the possible repercussions on the ways of the ongoing purchases of Government bonds with the quantitative easing (QE). The pronunciation does not seem to have significant effects on Qe because this partly incorporates some of the conditions outlined by the European Court of Justice. Last October, Gauweiler and others already announced new complaints before the Constitutional Court against the QE. After yesterday’s decision, this claim seems unlikely, because in this case the Bundesbank declared itself in favour of the legality of purchases as a tool of monetary policy, unlike the OMT Plan.