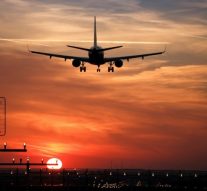 Now it is not a merely question whether the national economies register losses due to an ongoing pandemic. Can you guess which industry will be the biggest looser of this crisis? For sure the airlines will be the ones which will pay the highest price of the newly Corona virus, as there is hardly any other industry which is so affected like the aviation. How the Eurocontrol assesses the recovery towards old-fashion busy European sky? Is the globe affected similarly as the EU airlines are?

Most of the countries had completely closed their national borders to prevent the spread of the virus. These bans of course were primarily oriented towards stopping all the tourist flows especially within the countries which register most of tourists. This has dramatically decreased the number of passengers. International Air Traffic Association (IATA) has earlier announced that most of the world’s airlines will highly likely experience collapse in their operations. As the Covid19 pandemic was developing, the IATA had been issuing regularly its estimates for further obstacles which might cause even shutdown of some of the companies.

On April 24, IATA issued a statement in which it assessed the situation in countries located in Southeast Asia, Australia, and Oceania. It identified that India, Indonesia, and Thailand are amongst the most vulnerable countries when it comes to potential job impacts. The IATA assesses that more than two million jobs are potentially endangered in each country respectively as a consequences of the Covid19 crisis. Percentage change in passenger demand comparing to the 2019 has decreased for more than 50% in almost all of the countries of this region, with Australia, Fiji, India, Indonesia, Japan, Malaysia, New Zealand, Pakistan, and Singapore, being the unlucky “leaders” of this list. Besides, the IATA believes that cut of hundreds of millions of passengers will also be registered.

IATA’s analysis shows that the potential revenue loss by European carriers in 2020 has grown to $89 billion and passenger demand (measured in Revenue Passenger Kilometres) is projected to be 55% below 2019 levels. This is an increase over the previous estimates (released 24 March) of $76 billion and 46% respectively. Overall, we estimate that the present 90% collapse in air traffic puts around 6.7 million jobs at risk and could lead to a negative GDP impact of $452 billion across Europe. This equates to an additional 1.1 million jobs and $74 billion in GDP over the March estimates of 5.6 million jobs and $378 billion.

The airlines from the Middle East region will significantly experience the crisis as well. In total, IATA’s prediction claim that all the ME airlines could lose 24 billion US dollars of passenger revenue when compared to the previous year. As this assessment was issued on April 23, it was increased by 5 billion US dollars than the initial estimates published at the beginning of April. When it comes to job losses in this and related industries, IATA decreased initial 9 million jobs cut, to only 1.2 million. But what matters the most, is the fact that this is almost half of the aviation job market in this region!

European airlines will probably experience the heaviest consequences. Even without this ongoing crisis, last year was the worst in terms of shutting down the operation for Monarch Air, PrimeraAir, AirBerlin, WOW Air, Aigle Azur, and Adria Air companies. Surely, Thomas Cook was the largest UK airline collapse ever recorded. But the Covid19 crisis brought new challenge for the remaining national and private companies. By the middle of March this year, the total of air traffic in Europe had dropped down to 41% comparing the same period in the 2019. By April 20, this figure dropped to incredible 89% of decrease. Eurocontrol Agency announced the “Consolidate measures approach”.

What Eurocontrol predicts, is that the sky over the Europe will remain at the -89% of the air traffic registered a year earlier, during May, June, and July, while August is the first month in which some improvements could occur (-75%). The crisis is about to further expands even until the beginning of the next year, for which the Eurocontrol predicts a quarter less of 2019 air traffic! Overall, the Coordinated Measures Scenario envisages a loss of 45% of flights (5 million) in 2020, while the Uncoordinated Measures Scenario would result in the loss of 57% of flights (6.2 million). All of these figures however represent the estimates if the package of Consolidated measures is not implemented. With it being enforced, Eurocontrol predicts significantly better future for European airlines. According to this scenario, the air traffic recovery would begin even in July this year, while the quarter less compared to the previous year, will be registered in November this year, instead of February 2021, which would happen in uncoordinated scenario.

Some experts predict that it is possible that prolonged “shortage of capital and an awareness of the climate crisis could, hypothetically, could lead to massive change”. But governments’ concern for jobs is likely to crowd out environmental concerns. Political forces on the left and right would have to mend fences and agree that, in a depression-like scenario, a new world is needed, not just a new normal, as reported by The Conversation web-portal.