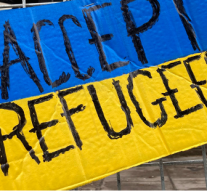 No Comments on Perceptions and narratives: Ukrainian migrants to Europe 64

Ever since the war in Ukraine erupted, the migrants and refugees started to fleeing the country mostly to the EU Member States, especially to the ones on the Eastern Bloc. Some of these phenomena are starting to bring new sense of threat towards the European Union. This article presents some public debates on the difference between the Ukrainian and other (partially Middle Eastern) refugees treatment by the EU supranational institutions as well as by the national governments of almost all European countries.

Since the commencement of Russia’s invasion of Ukraine, the West has appeared to be united in criticizing Russia and expressing sympathy for the Ukrainian people, whom many countries have welcomed. For years, many people have seen the disparity in how European countries treat migrants fleeing Syria’s civil war. More than three million people have fled Ukraine since the conflict began, according to the UNHCR. When we compare these figures to those from Syria, we can see that only six months ago, a million people were able to flee the war-torn country. The two conflicts occurred at different times and on different continents, but unlike Syrians who are also fleeing the conflict, Ukrainians in Ukraine are fleeing the conflict.

“By opening its borders to everyone and delivering strong expressions of support to Ukraine, Europe is now doing the right thing. All of this, however, contrasts sharply with the policies and actions of these countries toward migrants and refugees from other regions of the globe “she stated According to the UNHCR estimate for 2021, about seven million Syrians have been forced to from their homeland. Around a million of them live in Germany, with Germany and Sweden accounting for roughly 70% of the total.

Two events shed light on the European Union’s asylum policy: the Italian Coast Guard recently rescued 84 people from a damaged rubber boat without a motorbike. According to Italian sources, this was preceded by several hours of quarrels between the representatives of Libya, Malta, Gibraltar and France over who is responsible for the shipwrecked refugees.

The release of a report by the UN High Commissioner for Refugees (UNHCR) and other organizations is another event. According to the report, not only is the crossing over the Mediterranean Sea risky, but the road across Africa to Europe is “one of the deadliest routes in the world for refugees and migrants.” They face “abuse, torture, forced labor, sexual exploitation, and murder,” according to the report.

Libya, in particular, which serves as a transit point for refugees and migrants seeking to reach Europe, is “not a safe location for people,” according to the UNHCR report’s authors. This is where the asylum policy of the European Union comes into play. The Libyan Coast Guard intercepts many boats bound for Europe on behalf of the EU and returns individuals to Libya, where they experience the worst persecution in the world, according to the UN.

Finally, Ukrainians traveling to the European Union may rely on the European Union’s thorough help. Third-country nationals, even those who have lived in Ukraine for up to 20 years, are unable to rely on nearly anything. As a result, tens of thousands of Tajiks, Uzbeks, Kyrgyz, and other former Soviet republic people are stranded at the European Union’s border, hopelessly lost. As of March 5, the EU has enacted a rule for temporary protection, allowing Ukrainian refugees to stay in the EU for a year. That term can be extended depending on the circumstances.

What will be the future of Ukrainian crisis, and thus the people fleeing from that area remains to be seen yet. However, the shared perception on what should constitute the “threat” towards the European Union will remain under the loop of all media and public opinions.