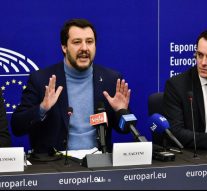 The EU business is kept in check by the populists. This is the major outcome of two weeks of polarised debate over immigration and asylum policy, kick–started by the Italian yellow–green government and fuelled by the Austrian one, eventually generating a coalition crisis in Berlin. Even Angela Merkel looks like a paler version of herself, abandoning the strength of stability and control that used to showcase nationally and internationally. In the meantime, the mockery of the Italian government – paired with the disregard towards Orban’s and Kurz’s statements – has turned into real concern for any other non–populist government in Europe. And Macron’s halo is turning to ashes, silenced by the vehemence of Salvini, Kurz and Seehofer.

In March 2017 it has been the launch of the Future of Europe process, with the hope for a serious attempt to reform the EU. Its effect are being wiped out by the announcements of a new Rome–Vienna–Berlin axis. So what can we expect out of the next two years?

There is a huge question point over the duration of the presumption of the Italian government towards the EU rules. Autumn, and the draft of the budget law with it, is fast approaching. What will the EU do to bring Italy back to its EUphile spirit when time for real talks will come? Will the EU deploy all its social investment potential to respond to the increasingly violent demand for a change that the citizens are demanding? Will the EU institutions accept and understand these demands, trying to find a moderate answer to extreme claims, or will it chose a hardliner attitude? How serious are the hardliners and how long are they going to trigger frightening societal cleavages?

The EU elections in 2019 are coming, and the EUphile fraction doesn’t seem to be ready. The EU political architecture is trembling, its basements being more fragile than ever. Populists might unveil themselves to be less serious than what they want to appear, but in the meantime the Lega of Matteo Salvini has almost doubled its consensus in Italy, ousting the 5 Stars and silencing the EUphile parties. For as long as it has concerned – apparently – the peripheral countries, the EU main institutions have basically adopted a stick–and–carrot approach. Now that anti–EU rhetoric and actions distinguish a founding member – a Member State that for a long time has accepted most of the German–centred EU dogmas, the storm has come with all its darkness over the Future of Europe. Nonetheless, it was always called future of Europe, never of the EU.

The options are clear. It’s a matter of reacting for the Union of the Member States, by finally understanding the longstanding divergence issues and the consequent demands, or to adopt an hardliner against an hardliner approach with no real long-term strategy.

May be, the EU Institutions should stop proving that Salvini is right when he states that being preposterous is the way to get “what the people want”. That could be a good start for the Future of the European Union.