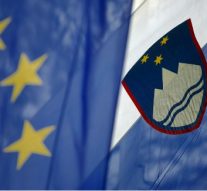 No Comments on Priorities of the Slovenian EU Presidency 44

On July 1st, Slovenia took the chairmanship over the EU Council for the second time ever since it became the EU Member State. The relatively new EU Member State (as of 2004), this ex-Yugoslav republic is questing to advance the 27 Bloc in the post COVID19 environment. What are the economic priorities of the Slovenian presidency term? Is anything going to be changed within the course of the next six months? This analysis presents the key economic priorities of the Slovenia’s presidency.

There are four top priorities of the EU Presidency over the EU. The first one is ensuring the resilience, recovery and strategic autonomy of the European Union. This priority calls to ensure a lasting recovery in all sectors of the economy and public life. To mitigate the socio-economic consequences of the COVID-19 pandemic, one of the priorities of the Slovenian Presidency will be the effective implementation of the Next Generation EU instrument and the Recovery and Resilience Facility, with the aim of facilitating the adoption of national recovery plans as soon as possible. The intention is to make the most of the implementation of these two instruments to accelerate the green and digital transition, which will create jobs, strengthen the resilience of European societies and ensure the health of our environment.

The second priority is a creation of a credible and secure European Union, capable of ensuring security and stability in its neighbourhood. This priority focuses on the relations towards the Western Balkans, the Schengen area, as well as the New Pact on Migration and Asylum. Besides, this priority strengthens the transatlantic relations and envisages closer cooperation with the United States and NATO based on common principles, values and interests is the best guarantee for strengthening the position of the EU in the international community and for facilitating the pursuit of common interests by the Member States. The Slovenian aim is to promote a culture of the rule of law throughout the EU and, through inclusive debate, enable member states to learn from each other’s experiences. At the same time, we would like to show how the rule of law can be further strengthened in full respect of national constitutional systems and traditions.

The very last priority of the Slovenian presidency is to support a Conference on the Future of Europe. At the EU level, discussions will take place in the form of plenary meetings and citizens’ forums, and via a digital platform that is accessible to all. Special attention will be devoted to this process, conducted in close cooperation with the three main EU institutions, and to ensuring that the Council of the EU and the member states have an appropriate role in it. In this context, discussions will also be held in Slovenia about the aspects of life in Europe, both today and in the future.

What further makes the plan more concrete is the “economy” programme of the Presidency. The central element of the joint recovery strategy is the implementation of the Recovery and Resilience Facility, with the completion of the process of approving national plans in the Council and the beginning of monitoring of implementation under the Slovenian Presidency. Achieving a successful recovery will also be the aim of the adjusted implementation of the common fiscal rules, which will allow for an appropriate balance between measures to support economic growth and the stability of public finances even after the COVID-19 crisis. Particular attention will be paid to the adoption of the EU budget for 2022. With regard to financial services, the Slovenian Presidency will continue activities related to the Banking Union. One of the key dossiers in the area of banking will be a legislative proposal to complete the implementation of the Basel III standards, which eliminate several shortcomings of the regulatory framework and allow for a flexible banking system that prevents the build-up of systemic vulnerabilities. During the Slovenian Presidency considerable work will be devoted to further measures for the prevention of money laundering and terrorist financing.

Lastly, the presiding programme states that legislative work in the area of taxation will focus on two dossiers that will provide the basis for new EU own resources, namely the dossiers on digital taxation and the carbon border adjustment mechanism. Addressing the issue of taxation of energy products and electricity will also be of great importance. If the proposal to amend the Directive on Administrative Cooperation (DAC8) is presented before the summer, the Slovenian Presidency will endeavor to reach a consensus on that by the end of the year. In the non-legislative area, a major challenge will be to update the list of non-cooperative jurisdictions for tax purposes. Work on reforming the mandate of the Code of Conduct Group (Business Taxation) will also have to be continued and completed.