Home / Economy / RePowerEU – at what cost? 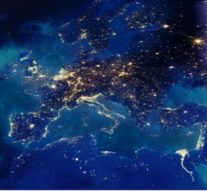 No Comments on RePowerEU – at what cost? 32

The crisis in Ukraine has led to the energy reconfiguration of the European continent through the RePowerEU mechanism, the tool unveiled by the European Commission in May of this year in response to the challenges and disruption of the global energy market.

Both the need to address the climate issue and the EU’s dependence on Russian fossil fuels, which are used as a political and economic tool and cost European taxpayers up to €100 billion annually, make it urgent for Europe to reform its energy system. By acting as a single entity, Europe can reduce its reliance on Russian fossil fuels more quickly. According to 85% of Europeans, the EU should support Ukraine by reducing its reliance on Russian oil and gas as quickly as possible. This goal can be achieved with the help of the REPowerEU Plan’s measures, which include energy conservation and energy diversification.

The following intermediate steps are included in the plan: new national REPowerEU plans, funded by the revised Recovery and Resilience Fund, to support $300 billion in investments and reforms; accelerating industrial decarbonization through frontloaded Innovation Fund initiatives worth over €3 billion; new regulations and suggestions for quicker renewable energy permits, particularly in designated “go-to zones” with little environmental risk; investments in a network of gas and electrical infrastructure that is interconnected and suitable; a greater commitment to saving energy by increasing the efficiency target for the entire EU for 2030 from 9 to 13 percent.

Additionally, this plan calls for an increase in the European renewables target for 2030 from 40 to 45 percent, new EU proposals to guarantee industry access to essential raw materials, regulatory measures to improve energy efficiency in the transportation sector, a hydrogen accelerator to build 17.5 GW of electrolysers by 2025 to supply EU industry with domestically produced 10 million tonnes of renewable hydrogen, and a modern regulatory framework. The plan agenda states that additional expenditures totaling €210 billion are required between now and 2027 in order to achieve our independence from imports of Russian fossil fuels, which currently cost European taxpayers €90.5 billion annually. To implement these new goals, the Commission suggests that Member States create national REPowerEU strategies.

With extra EU funding, the Recovery and Resilience Facility (RRF) is at the center of implementing the REPowerEU Plan. To direct funding to REPowerEU priorities and implement the essential reforms, Member States should include a REPowerEU chapter in their Recovery and Resilience Plans (RRP). Each Member State will get country-specific REPowerEU recommendations during the 2022 European Semester cycle. The remaining RRF loans, currently worth €225 billion, and new RRF grants, currently worth €20 billion and funded by the auctioning of Emission Trading System allowances, can be used by Member States to: improve energy efficiency in buildings and decarbonize industry; boost production and uptake of sustainable biomethane and renewable or fossil-free hydrogen; raise the share of renewable energy; and address internal and cross-border challenges.