Home / Future Europe / Rethinking the labour market is now a must 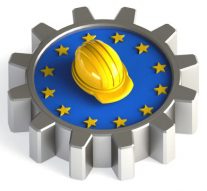 The pandemic posed unprecedented challenges at all levels. One is not unprecedented though – the risk that the economic setback of COVID-19 is payed by the working class.

We already know, the ILO has stated it since mid-March, that the economic impact of the pandemic is and will be devastating. We also know that important measures have been quickly deployed by governments and the EU to protect families’ incomes across the continent. However, the impact of the crisis will be far-reaching and we are all too aware that much more resources have to be mobilised to safeguard jobs.

There are several possible scenarios that can still be drawn from the decisions taken so far from policy-makers. From business as usual to systemic change, the array of options is wide. Experts keep analysing the situation and suggesting solutions or warning from possible disastrous mistakes.

The European Trade Union Confederation has already repeatedly called for “the economic burden of this crisis, which is likely to be far more severe than the financial crisis of 2008” to not “fall on the public finances, public services, and ultimately the workers of Europe.”, rejecting “any possible further austerity and cuts because of the COVID-19 crisis”[1]. But indeed, this would be the business as usual scenario, with the lucky few safeguarding their incomes, possibly profiting from the disarray of public finances, and the many left with no income.

But is it feasible for the lucky few to let the many in desperate conditions?

This crisis comes after the sovereign debts’ one in 2010, which led millions of families in Europe to eat up their private savings. There’s nothing left to rely on for families to make their ends meet, but public aids. In fact, Civil Society Organisations have already started playing a crucial role to support little to big communities to cope with the sudden lack of income. However, it is the State and not CSOs that are created to protect their community. Therefore, is is actually hard to imagine States, and thus the EU, to abandon their primordial role. Because it would mean letting go the reason of their existence. Thus the decision to deploy unprecedented measures and at unprecedented speed.

Nevertheless, public finances constraints do exist. And that’s why the systemic change option is not to be ruled out: if public debts can increase dramatically with no consequences, what’s the point of exposing public debts to the financial markets at all? Too big to fail is already an old theory but it stays valid. Maybe the pandemic will be the opportunity to draw structural lessons from it?

There’s still middle ground for a wide array of other solutions. One being rethinking the labour market. Certainly to direct the jobs that must created towards inclusive economy by boosting investments in the social economy, green jobs and for accompanying the digital revolution with new jobs. But also to enter a new phase for reflecting on the concept of minimum income.

We cannot afford to lose millions and millions of jobs because of the effect it has on income and the social unrest that would inevitably stem from a plummeting social cohesion due to the lost income, which always goes hand in hand with the pulverisation of future perspectives. For generations, again, and in a time span of 10 years. Instead of too little too late, this would be too much in a too short time. Thus, the need to re-envision the contribution of each individual to society. If we cannot safeguard all the jobs, we can certainly safeguard the possibility for communities to contribute and rely on a financial and social safety net.

Millions of jobs will be lost. A good chunk of it is gone already. Productivity and globalised financial capitalism cannot continue at the same pace in these conditions. We must rethink how society works and, in this frame, our conception of the labour market in the sense of reflecting on the meaning of earning our incomes and therefore the ways and forms that “earning” can have.

The European Commission was already set to get more serious about implementing the European Pillar of Social Rights, not least by discussing a European minimum income. We may be already beyond it and need more than that. Now the Commission and the Member States have to show that they are fit to cope with the crisis by re-envisioning the organisation of our societies, including its fundamental component that is labour.