Home / Migration / Romania and the Presidency of the Union 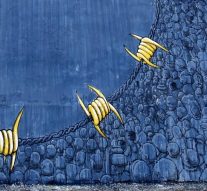 No Comments on Romania and the Presidency of the Union 39

Since the beginning of 2019 Romania has the task of assuming the presidency of the Council of the European Union.  Austria has concluded the semester started on 1 July 2018, while Finland will replace Romania at the end of this semester.

Presidency – in this case Romania – has the task of carrying out the Council’s work on European Union legislation, ensuring the continuity of Brussels’s agenda, the proper conduct of legislative processes and cooperation between Member States. Moreover, it has to plan and chair the Council sessions and the meetings of its preparatory bodies. Indeed, the Presidency is in charge of the sessions during the various Council formations (with the exception of the Foreign Affairs Council) and the meetings of its preparatory bodies. These include permanent committees and groups that deal with specific topics. The Presidency ensures the smooth running of the debates and the correct application of the internal regulation and working methods of the Council.

Romania’s main task is to represent the Council in its relations with the other EU institutions, in particular with the Commission and the European Parliament. Its role is to try to reach agreement on legislative files through “trialogues”, informal meetings for negotiations and meetings of the conciliation committee. For this reason, the Presidency of the Council works in close coordination with the President of the European Council, Mr. Polish Donald Tusk and the High Representative of the Union for Foreign Affairs and Security Policy (currently Ms. Federica Mogherini).

In Romania, the hard political “cohabitation” between the conservative president and the social democratic Government now risks heavily influencing the six-month presidency of the European Union.

In the half of November, few days after the resignation of Victor Negrescu, the Minister in charge for the preparation of the EU semester, President of the Republic Klaus Iohannis, has claimed that Romania is not ready for the European presidency, and openly demanded the resignation of the Government led by Prime Minister Viorica Dancila. “We are absolutely not prepared to take over the Presidency of the European Council,” Iohannis said at a press conference. “The situation – he added – has gone out of control and has left the rails. We do not know who in the Government are responsible, while those who must deal with the EU presidency resign”. Negrescu has left the seat because he was criticized of his work by other members of the Government.

To the heavy statements of President Iohannis has promptly replied Liviu Dragnea, powerful leader of the Social Democratic Party and first political adversary of Iohannis. “Everyone has their own obsessions, Iohannis ones are related to our election in December 2016,” he said. “He has been lying for two years – he added – arguing that there is no money for pensions, we do not respect the 3% deficit ceiling, but they are only alarmist lies, and the Romanians are starting to get tired of it. It is ready to successfully manage the Presidency of the European Union “.

Dragnea has been convicted for corruption in two different cases and is also under strict observation by the European Commission, together with his party, for the attempt to change the criminal code in matters of corruption, for such reasons he can’t become prime minister.

The opposition between the Presidency of the State and the Government has also been expressed several times in Romania, such as on the occasion of repeated popular demonstrations against rampant corruption and the government’s attempts to ‘water down’ the existing legislation in favor of the many politicians and senior officials involved in corruption cases. Just in the past August, in one of the most violent demonstration of anger by the citizens, there were almost 500 wounded persons in the clashes with the police.

But serious doubts come from Jean Claude Juncker, who in an interview with the German newspaper Die Welt, he stated that Bucharest did not fully understand what it means to preside over the Council of the Union, expressing doubts about the real ability to listen to other countries by the Romanians.

Within this scenario it’s very hard to try to make any provision. Brussels got its own agenda, so the cohabitation shouldn’t influence too much on Council work. Romania isn’t part of Visegrad block, but it has voted against the allocation of migrants coming from the Mediterranean Sea and the Middle East. For these reasons, on migration issue, the Romanian Presidency will continue on the same way of their predecessors, being the refer between who wants a strong and hard fortress Europe and who wants a moderate fortress.