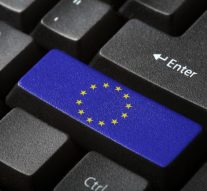 No Comments on Rumanian Presidency: enhancing the Digital Single Market for a Europe of convergence 56

The Digital Single Market project is a fundamental element for the integration of European markets and in facilitating the fundamental freedoms of the European Union. Guaranteeing the efficient functioning of the European Union and achieving its economic, social and security objectives depend on ensuring an adequate level of single market interconnectivity, a priority justified by European developments in the energy, transport and telecommunications sectors. By focusing on the development of smart, sustainable and fully interconnected networks, the European Union can achieve the single market goals in a truly efficient and sustainable manner. Increasing mobility is supported by good connectivity that, alongside infrastructure, depends to a great extent on the modernisation and diversification of transport services or the use of innovative means of transport or traffic management systems.

Digitalisation does not only mean investments in advanced technologies, but also allowing every European citizen’s access to digital skills and new technologies so as to improve their quality of life, work, professional performance, health and interaction with public authorities. To achieve their goal, more efforts are required to reduce as much as possible the digital gap between various regions, categories of citizens or economic sectors, in order to ensure that the benefits are spread throughout the Union, both in the use of technology and in social development. At the same time, improving connectivity and energy security through infrastructure development is an essential means for consolidating Europe’s energy system. The future of the Energy Union rests with a governance system that supports and implements innovative solutions, based on energy efficiency measures, with a view to transitioning to clean energy and for the benefit of the European consumer. We aim for a European energy market that provides more security to Member States, trust in the reliability of market signals on long-term energy needs to investors, and safe, sustainable and affordable energy to consumers. Last but not least, energy storage solutions (whether for electricity or natural gas) are the optimal method to strike a balance between economic benefits and the strategic objectives of the energy system of the future.